Allen Craig, arguably the best hitter in baseball to own a pet tortoise that quotes 19th century poets on Twitter, will be a Cardinal for the next five years after signing a long-term contract that takes him through 2017, with a club option for 2018.

The St. Louis Cardinals could have "renewed" Allen Craig's contract in 2013 for just over the league minimum—he's that far away from free agency—but on Friday morning they surprised baseball by locking him up through the 2018 season, announcing a five-year contract extension (with a club-option sixth year) that will buy out all his arbitration years and at least one year of free agency. No terms were immediately available, but Craig's distance from free agency means it'll probably look like a bargain.

Trevor Rosenthal is a reliever. Who's a starter? 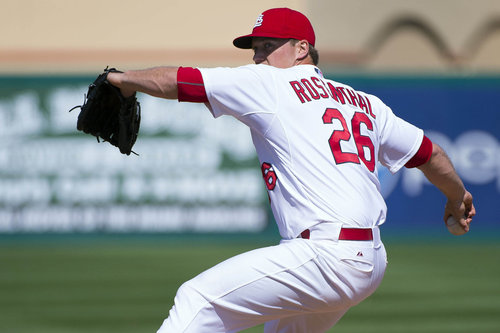 The contract gives the Cardinals control over their late-blooming slugger through his age-33 season, which seems just about ideal—at a glance, the contract seems to delay free agency just long enough to keep the Cardinals from feeling obligated to extend him to a much more expensive long-term contract after he turns 30.

But the contract kremlinology isn't the point, at least this morning—the point is that Cardinals fans will have Allen Craig (and hopefully Torty Craig) to look forward to for the next five years.