The St. Louis Cardinals' handling of Rafael Furcal's injury problems gets no stranger now that he's out for the season.

The St. Louis Cardinals have been weirdly calm about Rafael Furcal's injury problems all season, and that hasn't changed with this week's news—first that he'd be shut down indefinitely after renewed elbow pain, and then that, following a visit to Dr. James Andrews, he'd be out for the season after undergoing the kind of surgery James Andrews performs. In fact, they won't even cop to being surprised; earlier this week John Mozeliak was quoted as saying that Furcal's injury problems are why "we did what we did this offseason." 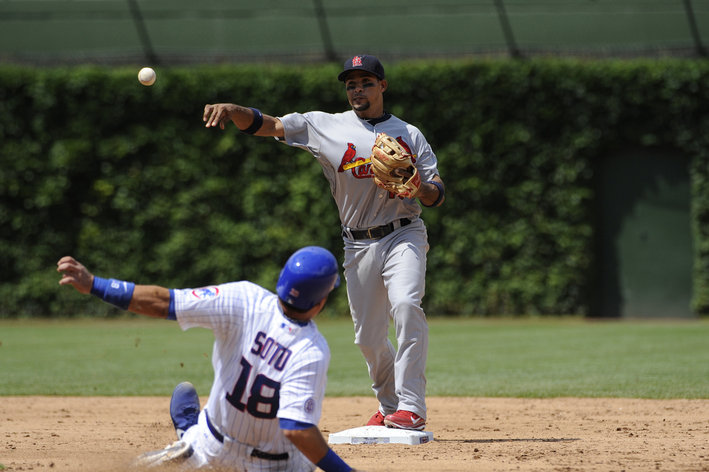 Which, you'll remember, was not sign a potentially league-average infielder who could also have filled in at second base. Instead they signed Ronny Cedeño, who has turned into a perfectly reasonable backup over the last three years (an OPS+ of 85 with a .254/.301/.370 line) but plays inconsistent defense and doesn't look much like a starter for a playoff team.

Behind him there's Pete Kozma, who got the worst projection of any Cardinal from ZiPS, and Ryan Jackson, who got the second-worst projection. Short of another Kozma breakout, the Cardinals' only hope for a performance with a little upside comes from Greg Garcia, who played at AA last year and left some scouts doubting his ability to play shortstop.

The Cardinals must have known Furcal would be as injury-prone in 2013 as he has been for the last five years, so I'm not doubting their honesty about what they thought Furcal might do this year. But I remain completely unable to understand why they thought what they did this offseason would make up for that.