The Rafael Furcal injury narrative has finally reached its logical conclusion: The St. Louis Cardinals' starting shortstop, who played more than 100 games last season for the second time since 2007, will have season-ending elbow surgery next week. The Tommy John news comes from the Post-Dispatch's Derrick Goold, just a few days after Furcal was shut down following an unsatisfying return to full-effort throws in Spring Training.

Do the Cards have upside left at shortstop? 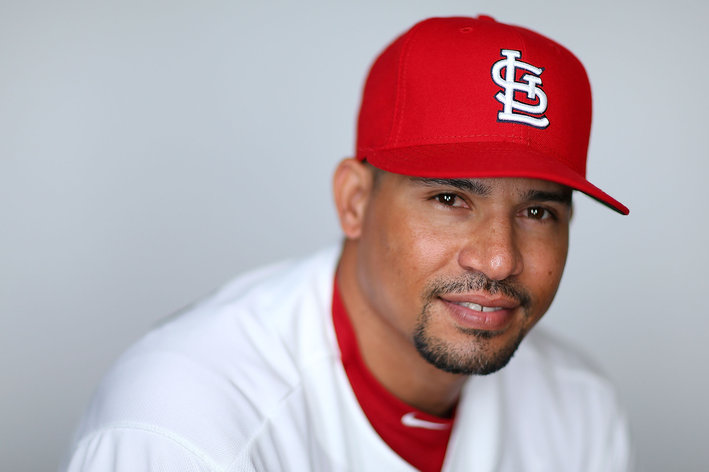 The Cardinals prepared for a Furcal worst-case-scenario. The problem: That's all they prepared for.

Without Furcal, the Cardinals will be left to distinguish between three not-especially-attractive starting shortstops: Pete Kozma, whose September transformation into Nomar Garciaparra wasn't enough to pull his projections out of the bottom of the major league basement; Ryan Jackson, who mysteriously lost his plus-plus-glove cred after scouts got a long look at him in Memphis; and Ronny Cedeno, the free agent the Cardinals settled on after months of attempting to convince themselves they were satisfied with their middle infield picture. Is that the right way to deal with the intensely injury-prone Rafael Furcal? Well, probably not, but it's where the Cardinals find themselves.

It's probably enough to get them above replacement level, but it's hard to endorse this group much further. It looks a lot like the team—led by Ryan Theriot—that eventually led the Cardinals to trade the Los Angeles Dodgers a sleeper prospect (Alex Castellanos) straight up for a recently recovered Rafael Furcal in the first place, and if none of the options has distinguished himself in July they'll likely try that gambit again.