Kyle Lohse signs with the Milwaukee Brewers, netting the St. Louis Cardinals a draft pick and ending an endless offseason.

Okay everybody, offseason's over—Kyle Lohse and the Milwaukee Brewers have agreed to a contract, according to CBSSports.com, which means we have officially run out of players to wonder about, unless Barry Bonds is still surreptitiously sending out résumés. Jeff Suppan jabs aside, this seems like a reasonable move on their part—losing the No. 17 pick in the draft hurts, but in return they'll stabilize a pitching staff that lost Zack Greinke and Shaun Marcum.

What made Kyle Lohse unemployable? 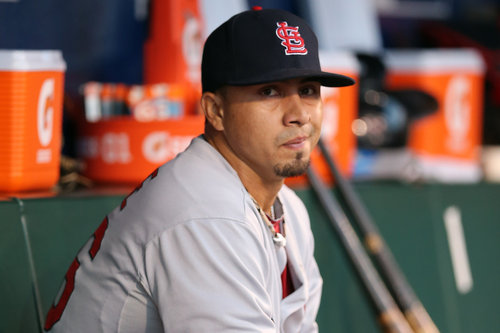 I'm trying to be objective about all this, of course, since it also means that the St. Louis Cardinals will get a supplemental draft pick in return—as was prophesied hundreds of years ago, when Kyle Lohse rejected their qualifying offer and became a free agent.

There's no early word as to what the contract looks like, although Bob Nightengale suggests they were once talking about two years, $20 million. Lohse was reportedly looking for a three-year, $45 million contract going into free agency, and while his extended unemployment has been blamed mostly on the new draft compensation rules, I'm not sure he would have gotten it without them; the real problem is that a widespread adoption of advanced metrics took a lot of air out of his outstanding-looking 16-3, 2.86 ERA season.