If David Freese starts his season on the disabled list, the Matt Carpenter experiment might have to wait for a week or two.

David Freese's back injury—heretofore not considered a big deal, especially because he wasn't in the World Baseball Classic—might mean he starts the season on the 15-day disabled list, according to the latest from Rick Hummel, who reports that an MRI has been scheduled. It doesn't sound serious-serious yet, inasmuch as he has been intermittently in the Grapefruit League lineup, but he could miss the first week or so of the season without things getting any worse. That means as much for the Cardinals' second base plans as it does their third base plans—Matt Carpenter might not be the Opening Day 2B after all.

More on the Cardinals' weird depth 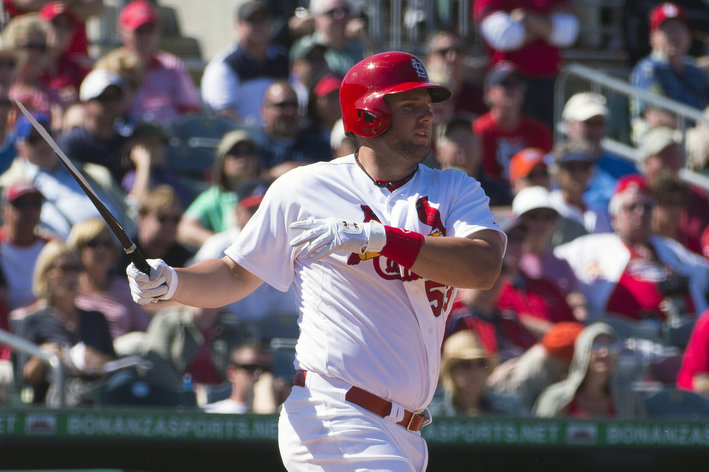 How a team can make room for a Matt Adams by waiving a Ronny Cedeno.

It's an easy-enough switch, if also a little disappointing; Daniel Descalso figures to get plenty of time at second anyway. But it's a reminder of the strange way the Cardinals' depth is set to work this season: If Freese spends significant time on the disabled list, it's second base the Cardinals will have to worry about. And if Carlos Beltran's toe injury is worse than it appears right now, it'll open up first base, at least so long as Matt Adams remains ahead of Oscar Taveras on the depth chart.

It's not that this roster has a ton of moving parts, it's just that the moving parts are mostly starters. That's really the only way to fit Matt Adams, Ty Wigginton, and a 12-man pitching staff on the same roster.