In a Super Bowl dominated more by Twitter than commercials, a baby clydesdale was the breakout star. But can St. Louis still mobilize to name it Stan?

If the Super Bowl commercials seemed a little anti-climactic to you this year—well, it's probably because you were on Twitter, which is a remarkably efficient jadedness-generating machine. But Budweiser's baby clydesdale ad was one of the night's clearest winners, earning applause and tweets about almost crying from the instant it aired. 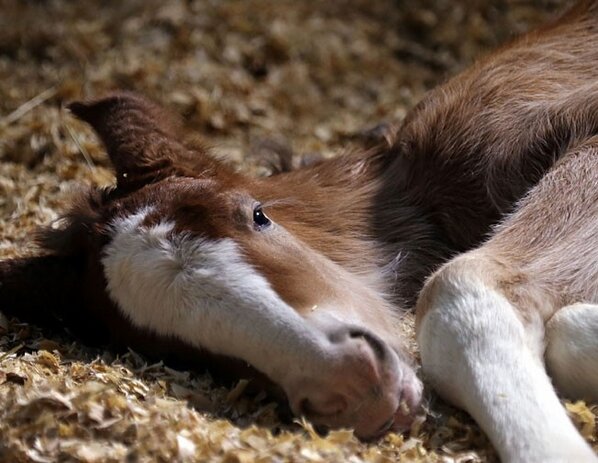 In St. Louis, though, the clydesdale wasn't news; word about the vote to name it had come out right as the clydesdales' hometown mourned the death of Stan Musial. At the time, getting the horse named Stan—or Musial—seemed like a foregone conclusion.

Then, of course, the commercial aired to hundreds of millions of people who were not from St. Louis. But a look at the Twitter results for the #clydesdales hashtag—the ersatz ballot-box for this direct democracy—suggests there might not be too much to worry about.

Most of the results are just people talking about how great the ad is. A few are people trying to launch novelty accounts. And after that, a small fraction is people voting for names, mostly at random. (Though we might have to watch "Raven" closely.) St. Louis is small—unfortunately Twitter wasn't around when we were still Chicago's cool big brother—but compared to a totally random sampling of people who watched a commercial, we're pretty mobilized.

I don't want to sound too cynical, here, but it's also worth considering that Budweiser is not currently being watched by UN voting inspectors.