Kyle Lohse rumors: St. Louis Cardinals starter might be down to one-year contracts

The Washington Nationals, Milwaukee Brewers, and Texas Rangers are the latest teams to bow gracefully out of the Kyle Lohse rumor mill, which has speculation increasingly centered on a one-year "make good" deal.

Share All sharing options for: Kyle Lohse rumors: St. Louis Cardinals starter might be down to one-year contracts

When Kyle Lohse turned down the St. Louis Cardinals' qualifying offer all the way back in 2012, the latest free agency rumors had him asking for five years and getting—say, three or four. Now, after an endless game of not-very-interested cat and mouse—in which Lohse is connected to some team, and said team says, "Nah, we're pretty set"—Lohse could be unemployed into March, the exact circumstances that brought him to the Cardinals in the first place back in 2008.

That year Lohse's $40 million contract evaporated into a one year deal worth $4.2 million; he got the long-term deal the following offseason, right before prices (and the economy) collapsed. (The Dow fell 778 points the same day he and John Mozeliak came to an agreement.)

Shelby Miller gets shut down 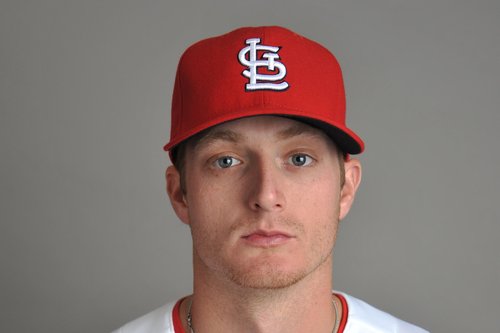 Even this guy's bum shoulder doesn't have the Cardinals auditioning Lohse.

This year it's hard to see Lohse's price falling that far; he's coming off a much better year, for one thing. But teams' skittishness with their draft picks suggest they don't see Lohse as a long-term asset.

I'm not one to count Scott Boras clients out, of course—I remember a lot of questions about Price Fielder's price when he drifted into late January as a free agent, whereupon the Detroit Tigers gave him $24 million a year through 2020. Lohse is no Prince Fielder, but he doesn't have to be for him and Boras to still come out ahead; the qualifying offer was one year, $13.3 million.