Shelby Miller shoulder tightness is the latest St. Louis Cardinals news to be vaguely nervous about

Just in case the recent review from Baseball America had you too optimistic, Shelby Miller will be shut down briefly to deal with lingering shoulder soreness.

Share All sharing options for: Shelby Miller shoulder tightness is the latest St. Louis Cardinals news to be vaguely nervous about

Shelby Miller is probably still my default candidate for the St. Louis Cardinals' vacant rotation slot, but recent talk about shoulder tightness—here's Jenifer Langosch— should stoke just enough injury concerns to put people back in the Trevor Rosenthal and Joe Kelly camps. Miller recovered from a flammable first-half in 2012 to strike out 160 batters in 137 AAA innings and impress in a September call-up, and after Chris Carpenter's injury he looked like a fair bet to start his age-22 season in the rotation. 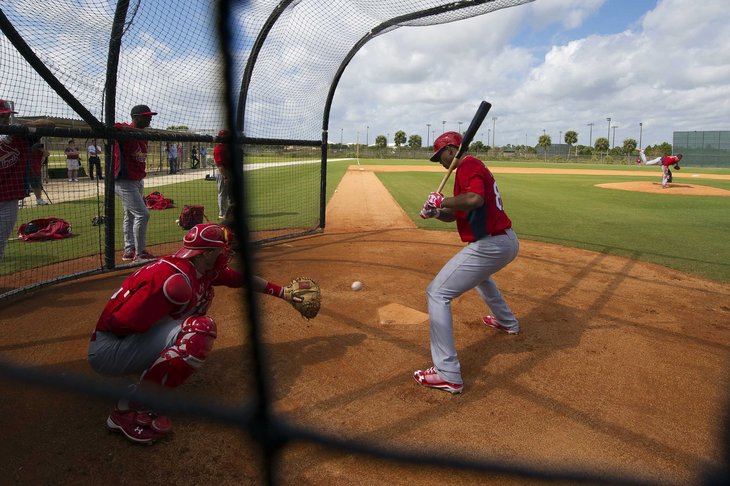 Now—well, he still looks like a pretty good bet. The team is suggesting it's precautionary, which leaves us with a few days of nervous, fidgety Twitter-refreshing while we wait to see whether he doubles over in pain after they clear him to throw again in a few days.

With lots of depth in the system the Cardinals have little need to rush any one pitching prospect, of course. In the absence of more news the whole thing reminds me of being nervous on an airplane—the pilot and the airline have the same incentive to not crash the plane as you do, and they're much better at noticing and reacting to turbulence and mechanical problems than you are. Which is not to say that they—or the Cardinals—are always right; just that while the both of us know only that Miller's shoulder is sore and he's resting it, I'm willing to assume they're acting in their own best interest.