Aledmys Diaz, the Cuban shortstop prospect the St. Louis Cardinals showed an interest in last month, might be even younger than he said he was. In 2013, that's a bad thing.

Not sure how I missed this one: If you were wondering why Aledmys Diaz—the Cuban shortstop the St. Louis Cardinals evinced an interest in last month—hasn't signed anywhere a week into Spring Training, it's because there's an age-gate situation brewing. Not the Angel Berroa kind, though, the Edgar Renteria kind: He might be younger than we thought he was. And the new international free agency rules mean that six extra months of development are, for once, a bad thing.

Who is Aledmys Diaz, exactly? 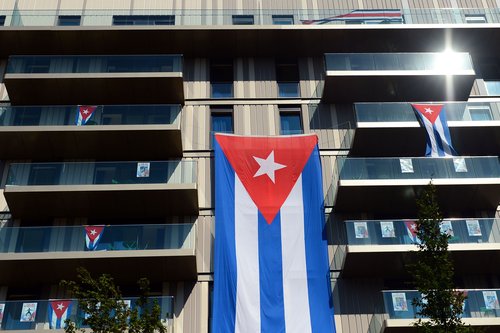 How does Aledmys Diaz stack up against Kolten Wong and Greg Garcia?

Ben Badier wrote it up three weeks ago: Cuban pros who are 23 years old don't count under the international signing pool; Cuban pros who aren't 23 do. Earlier this offseason the Cardinals spent $950,000 of their $2.9 million pool on Dominican-by-way-of-New-Jersey Alex Reyes.

Badier seems down on Diaz in general, as a big league prospect, but his development as a hitter in Cuba is pretty impressive, no matter which age is right. (For stats and translations, click through to the sidebarred article.) The Cardinals could certainly use a spare shortstop prospect, but for the moment it looks like logistical uncertainty means nobody will sign him, at least not soon.