The St. Louis Cardinals release Ty Wigginton just as unceremoniously as they signed him

Share All sharing options for: The St. Louis Cardinals release Ty Wigginton just as unceremoniously as they signed him

We interrupt my hours-delayed VEB Daily post to bring you this news: The St. Louis Cardinals have released Ty Wigginton, the inevitable end to a contract that made no sense at all from the beginning. They brought up veteran backup catcher Rob Johnson—on account of Yadier Molina's knee, and probably on a temporary pre-All-Star-Break basis—which shows just how inessential Wigginton was in the first place.

Toward a Unified Theory of Ty Wigginton 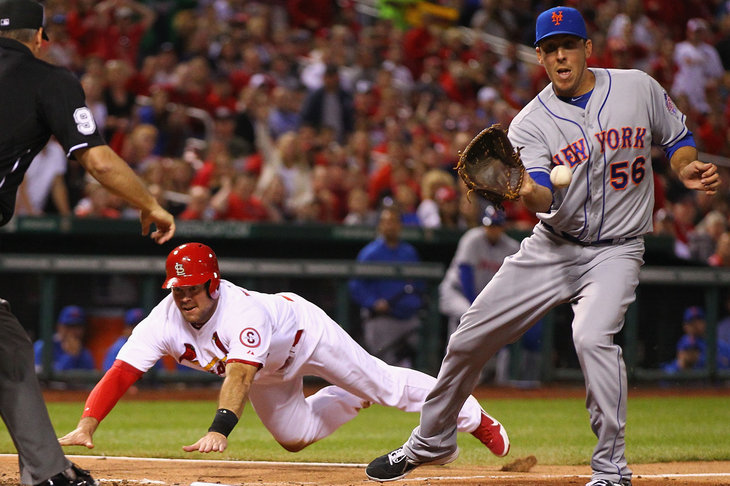 The St. Louis Cardinals signed Ty Wigginton because the slower he gets, the more like Ty Wigginton he becomes.

What's there to say about this, really, that hasn't already been priced into the Ty Wigginton conversation from the moment the Cardinals signed him? This is how bad a deal it was: At the time, I complained that the Cardinals signed him instead of Hiroyuki Nakajima, the Japanese infielder the Oakland Athletics pounced on for a few million more. Nakajima's season has been a disaster—he hasn't reached the majors all season, and he might not at all, barring injury.

When the Cardinals signed Ty Wigginton I was confused because I had to believe they had a reason for it; I'm smart enough as a fan to know they're smarter than me, and I thought there just had to be something we weren't seeing, even if we disagreed with their interpretation of it. I went through a Unified Theory of Ty Wigginton; I wondered what else they would have done with the roster spot; I wondered what their best-case scenario for him looked like.

But now he's been dumped for an even worse-hitting emergency catcher, three months into a two-year contract, and the unsatisfying end to the Ty Wigginton story is that maybe the Cardinals just didn't know what they were doing, either.