Vince Coleman, the St. Louis Cardinals, and the Galapagos Tortoises of Astroturf

Share All sharing options for: Vince Coleman, the St. Louis Cardinals, and the Galapagos Tortoises of Astroturf

Vince Coleman wasn't a bad baseball player in the same way most effective bad baseball players are, which spared him the worst of the sportswriter-and-old-ballplayer wrath; he wasn't Just a Home Run Hitter. But even Whiteyball aesthetes had to understand that they were watching the Busch Stadium II equivalent of a Galapagos tortoise.

Ozzie Smith and the Cards in CO 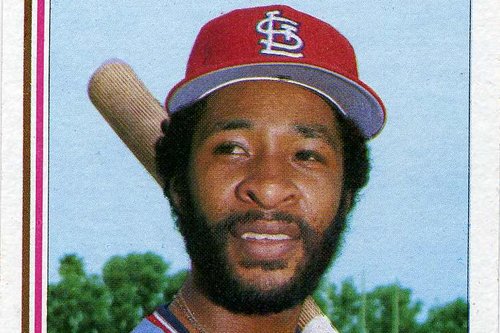 Purple Row wrote about Ozzie Smith and the time when the Cardinals were still the west's team-by-default.

Vince Coleman strapped himself onto his unparalelled baseball speed--fast-twitch speed, all low-end torque--and burned it to patrol left field as well as Matt Holliday, and to reach base on balls in play as often as anybody else, basically. He wasn't even using all that speed; he was the fast-ballplayer equivalent of an incandescent lightbulb, giving off all kinds of heat and not much on-base percentage.

Like, say, Dave Kingman, at his best he was a strikingly valuable bad baseball player. But he was even less efficient than Dave Kingman--even stranger, more improbable. He set himself up in one of the most marginal areas of baseball there is, baserunning, and proceeded to stake his entire career on blowing by the upper bound of value there.

He was allergic to low-hanging fruit. If you gave Vince Coleman 100 boxes of Girl Scout cookies, he would tell all the friendly and supportive coworkers at his dad's office to get dunked on and then try to sell each of them to individual first-graders on installment plans.

It is a heroically inefficient career. In 1986, my favorite Vince Coleman year (because I wasn't around to watch it, probably), he was worth 27 runs below average as a batter and clawed 17 of them back as a baserunner; he stole 107 bases and hit 13 doubles.

These kinds of mutations are dependent on conditions being just right to promote them--you need big bullpens to end up with Randy Choate, and you need big ballparks and low scoring environments to justify a corner outfielder who can't hit.

That, for me, is the most compelling argument in favor of the Good Baseball Player--the well-rounded guys in well-rounded leagues who sportswriters just want to hang out and grab a beer with, you know, guy stuff, no big deal. It's not that they're the best--it's that their presence allows the widest possible variety of Vince Coleman-level freaks to thrive.

Topps Archives Baseball is a celebration of the 70s, 80s and 90s, what many consider to be the glory years of card collecting. If you collected Topps Baseball Cards during these years then you will love Topps Archives Baseball. Look for autographs and memorabilia cards from today’s stars and your favorite retired players on classic Topps card designs.