It seems like I regularly hear folks talking up the Cardinal's shot to overtake the Brewers, in part, because of the weak teams Milwaukee has played so far this season. Heck, this is almost a weekly reference in the Seeing Red podcast at this point.

In a general sense, I guess that is right. So far this season, the Cards have played against teams with an average win percentage of .508 vs. .479 for Milwaukee. I calculated that simply averaging the projected end of season win percentage for each team-game through June 1. Fangraphs more involved calculations for strength of schedule expects the Cards and Brewers to play about equally hard schedules the rest of the way, though of course that measure isn't great for this type of relative schedule strength comparison.

These averages cover up so much. Instead, let's look at the schedule on a rolling basis. The chart below shows a rolling 10 game average of the projected end of season win percentages as of June 1 for the Cardinals opponents throughout the season. This is a backward measure, looking at the toughness of the opponents the team played over the previous 10 games, not over the upcoming 10 games. **note: this is a good question. how do you conceptualize whether the Cards are playing a hard schedule? By looking backward? By looking forward? By looking backward and forward? Do you think in 10 game increments?** 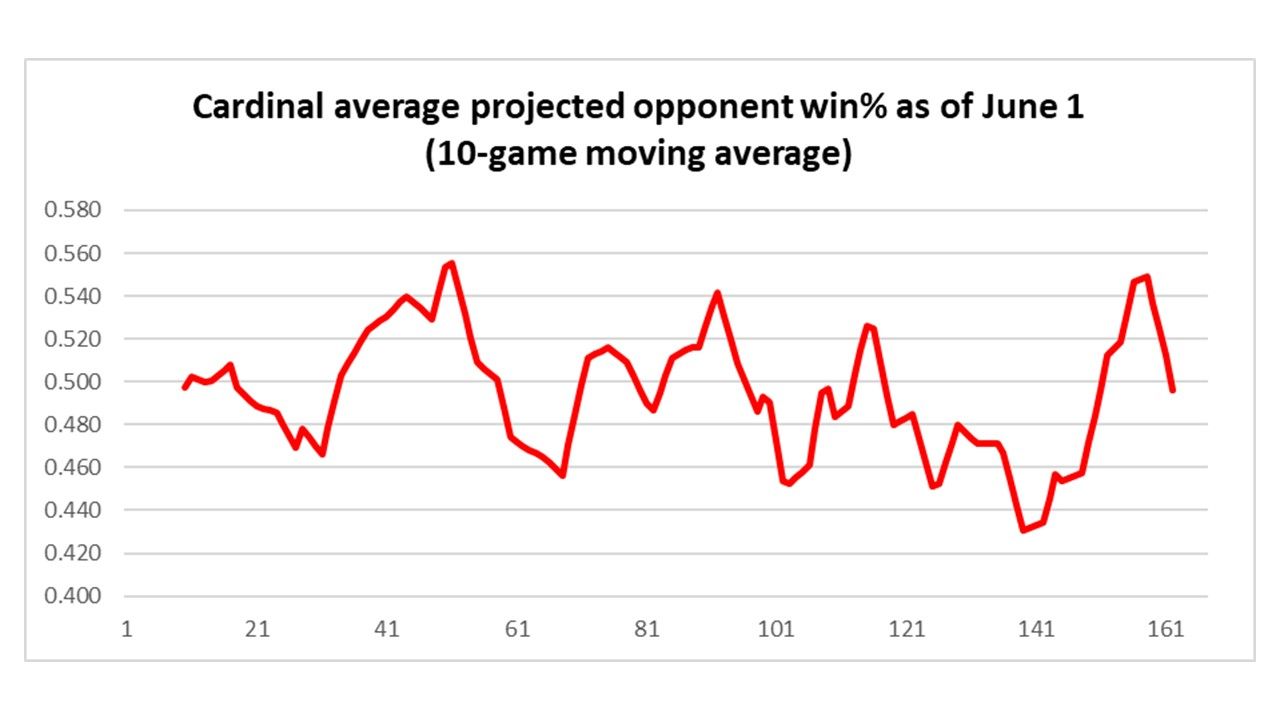 The Cards have played 50 games through June 1. Their opponents were pretty weak through much of April, but got a lot harder in May, the hardest sustained stretch all season. The Cards have a pretty easy stretch starting in mid-August and running through mid-September. Now let's add in the Brewers. 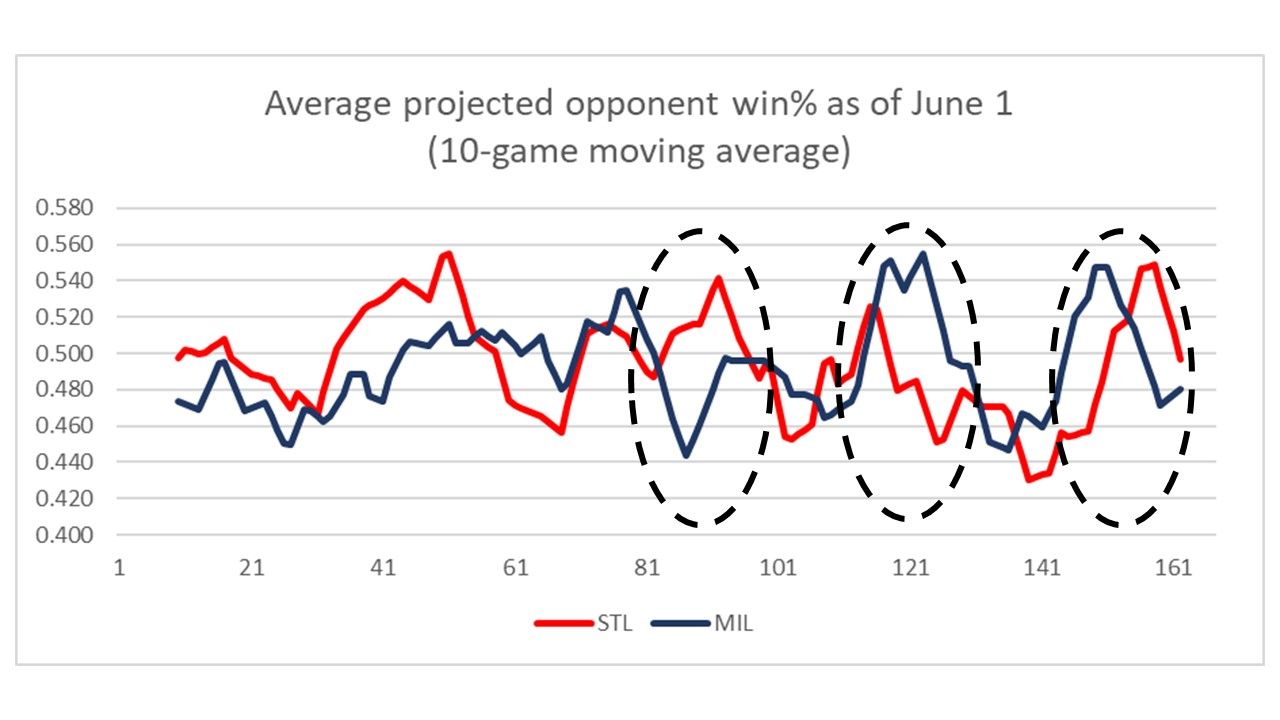 Sure, the Brewers have had an easier start to the season, but not that much. The gap in May stands out, but even with that, their opponent win percentage steadily climbed throughout the month. No, what really stands out to me are the three areas circled above.

What does all this mean? Who knows. The Cards have plenty of opportunities left to catch the Brewers. And the schedule leaves the Cards with another great chance to go on a strong second half run as the club has done in 2019 and 2021. But it is also a slight to the Brewers to look at what they have accomplished so far and chalk it up to the schedule. Let's hope that Mo feels this club has performed well enough through mid-July that it is worth investing more resources at the trade deadline. That has not been the case for several years.