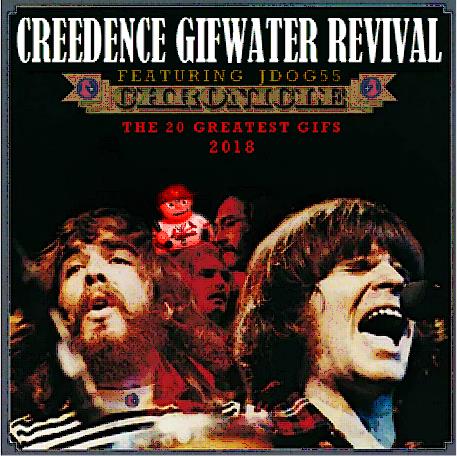 Thanks to a lead, the boys down at the gif lab found the Creedence

Volume I was just the appetizer to this 20-course feast I've prepared for you. On our Thanksgifing table, we got a cornucopia of 2018 bite-sized goodies featuring former Cards, former MLB-ers, and current Birdos who we'd love to see return to former performance levels. I threw in a dash of mustard and salsa for a little kick.

It Takes a Village to Gif

Or specifically, a VEB Village. (A Ballpark Village, if you like.). And I am your Village Idiot.

I'm thankful for the current and former VEB writers whose thorough and creative articles always contained a nugget of something--a movie reference, a pun, a metaphor--that inspired a gif.

And thanks to the generous VEBer recs! Those have encouraged me to improve my gif-making and allowed me to find a niche through which I could contribute to our collective enjoyment of the Cards.

So, it's all your fault.

After an initial year of very basic gif'n, I realized it wasn't enough just to plop down a chunk of looped video. Empowered by not being told to stop, I experimented more, adding text and images to crank up the entertainment value.

This is the year y'all created the monster.

When the Cards' core was in trouble

When Salsa Carp was the lineup anchor, man

When Yadi was still the Bugs Bunny of catchers

Guess this was a big series

You were Clueless about these FA targets

Apparently, Young FrankenKyle wasn’t the key to a transformative season

He was a Gold Glover, ya know

Momma said one time Jack really mowed down the Phillies

Two Wongs never got this right

Me learning to write game recaps