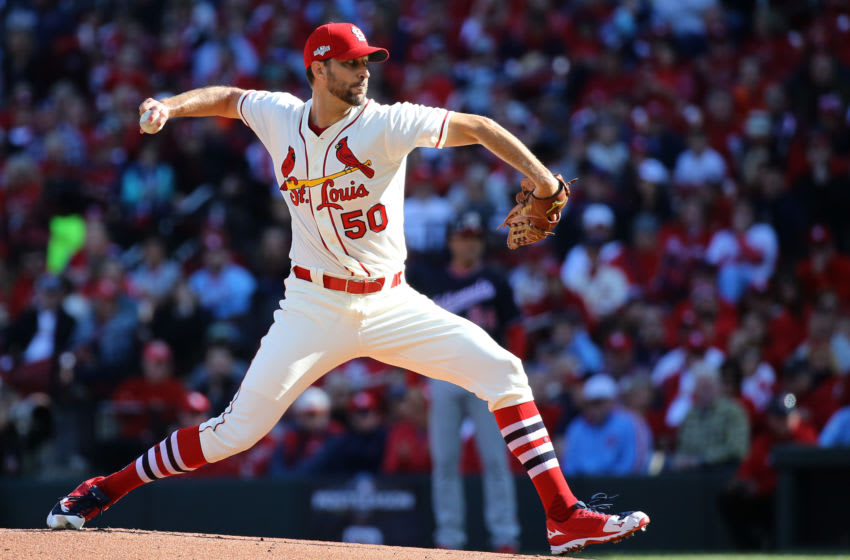 In a game where wins are dying and strikeouts reign supreme, what Adam Wainwright is accomplishing at 40 years old is nothing short of an incredible feat. That is to say, Wainwright isn’t a slouch in strikeouts either (his K/9 is still significantly higher than Kyle Hendricks, thank you very much!), but whereas the Burnes and Scherzers of the world have eclipsed 200 strikeouts with less innings pitched, Wainwright represents a style of pitching that is simply different than the norm in baseball today. For Cardinals fans, it’s been a delight to re-crown Wainwright as the workhorse and ace of the staff in a season where injuries have stung St. Louis’ pitching staff to a disappointing lack of consistency.

Since shutting out the Mets on September 13th over six innings, whispers and rumblings about Wainwright’s Cy Young candidacy have begun to stir in the news. Given the Cardinals’ hot streak that has spiraled the team into the second NL wild card spot, it’ll be interesting to see how this narrative develops through the end of the season. A current look at the NL Cy Young race indicates a lack of a decisive favorite. In an effort to showcase all the contenders, here’s a list of the top 9 NL starters’ surface statistics this year sorted by fWAR:

From a statistical perspective and eye test, Burnes may be having one of the most impressive years out of recent memory. He leads this group in K/9, BB/9, xFIP, and fWAR; his pure dominance on the mound compensates for missed time. Scherzer and Wheeler also strong contenders by checking the list for durability, control, and strikeouts.Source –

While this isn’t quite the Shyamalan-esque twist, a sinking, disappointing feeling may arise whilst perusing this first table. Wainwright does rank 2nd in innings pitched and wins, but none of these statistics gives him a particularly strong case to win the Cy Young. Rather than make this case, let’s shift gears and focus on how unique Wainwright’s pitching effectiveness is comparatively to the rest of these pitchers. The average fastball velocity for everyone on the list besides Adam is 95.9 MPH, and Wainwright represents the only pitcher here with a fastball velocity lower than 90MPH. This also contributes to the way that he gets outs. Here’s the same list of players with some plate discipline and batted ball data.

It’s shocking to see how anomalous Wainwright is compared to the rest of the pack. Batters aren’t swinging at Wainwright’s offerings and when they do, they make contact at a higher rate than the rest of the contenders. Ironically, Wainwright’s contact rates are right at league averages ten years ago (between 2002 and 2012, contact and swing rate were 80% and 46%, respectively). Elite pitchers today look different, where most of the contenders here are overpowering hitters with velocity and location (indicative from swinging strike percentage, where Burnes and Scherzer top these charts).

This data makes sense when we think of Wainwright’s reliance on his curveball in comparison to the fastball-centric pitchers on this list, which Fangraphs has rated as a 3rd best valuable curveball in MLB this year. A closer look into pitch values reveals that his sinker was rated as the most valuable sinker in all of baseball. Nonetheless, the contact rates here are particularly interesting as batters are hitting the ball with authority off Wainwright, but he’s still getting outs and avoiding home runs. It could be a testament to Wainwright’s diverse pitch arsenal, sequencing, or simply hitting his spots on a consistent basis.

It’s a dissatisfying feeling to arrive at the conclusion that Adam Wainwright likely won’t receive significant Cy Young consideration this year. Aside from being a two-time runner up for the award, he is one of two pitchers to have received the most first-place votes and not win the award. But perhaps it is not a time to dwell, and rather, celebrate Wainwright’s re-emergence as an elite pitcher. The third and final table lists all of the pitchers since 2000 that have eclipsed a 3.8 fWAR during or after their age 39 season.

That’s an impressive list, folks – and the season isn’t over! To put it another way, only 8 pitchers in the last 20 years topped a 3.8 fWAR during or after their age 39 season. This is the type of rarified company that really offers perspective on how impressive of a season that Wainwright is having. I promised myself I wouldn’t get emotional to end this, but … I may or may not shed a single tear when seeing Adam and Yadi suiting up together for what may be their final season in 2022.