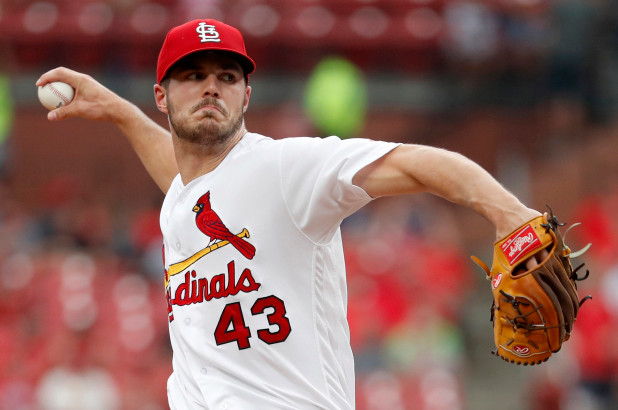 The start to Dakota Hudson’s season was, how shall I say it… Bumpy.

He pitched to a 4.61 ERA with a 4-5 record through his first 8 starts and one relief appearance (where he earned a save) At one point giving up 6 runs to Milwaukee and 8 (2 earned) to Philadelphia.

But then after that something changed, someone in Cardinal Nation was right, someone was performing as they had been expected to, needed to.

And that one person my friends was Dakota Hudson.

He never had a scoreless start, but nor did he ever give up more than 3 runs and that he did only once.

He never had a start without a walk

But most importantly in this age of home run happy hitters… He gave up only 1 home run! In 44.2 innings pitched he allowed 1 home run!

Now I know just to look at Dakota Hudson’s raw stats there is not much that jumps off the page at you like Gerrit Cole’s strikeouts, or Hyun-Jin Ryu’s ERA. I want to look not at the numbers, but when those numbers occurred.

Just as a reminder, I want to say that the Cardinals finished just 2 games ahead of the Brewers for the Division title.

In this time of 7 wins for Dakota Hudson he is what the Cardinals other starters were doing.

There were 14 games won by the Cardinals in this stretch, 7 were while Dakota Hudson was pitching and the other 7 were split between the other 4 starters. Not that the starters got the win, the Cardinals just happened to find a way to win 7 other non-Hudson games.

I know that Jack Flaherty and Tommy Edman are the big stories of the Cardinal’s season. And yes their accomplishments in the second half are important to the Cardinals playoff dreams, but baseball is a season, not just a second half. I don’t intend to discount the amazing stories of other players and the good things that they have done, I just want to shed a little extra light on a player who has worked hard, played consistently, performed well, and has largely gone under the radar.

Let’s not forget that hidden in the shadow of Jack Flaherty’s second half ERA of 0.91, is the number 2.36, (Dakota Hudson's Era in August and September.) Not a number of brilliance, though it does include a 12 inning hitless streak, and the best ground ball rate in the NL, but a number of consistency, grit, and solid performance. Limiting the damage, and quietly getting the win while others dominate the spotlight.

That is Dakota Hudson.

He is truly the man behind the Cardinals push for the Postseason.

Do you agree with my conclusions? Let's try and get Dakota some more credit!