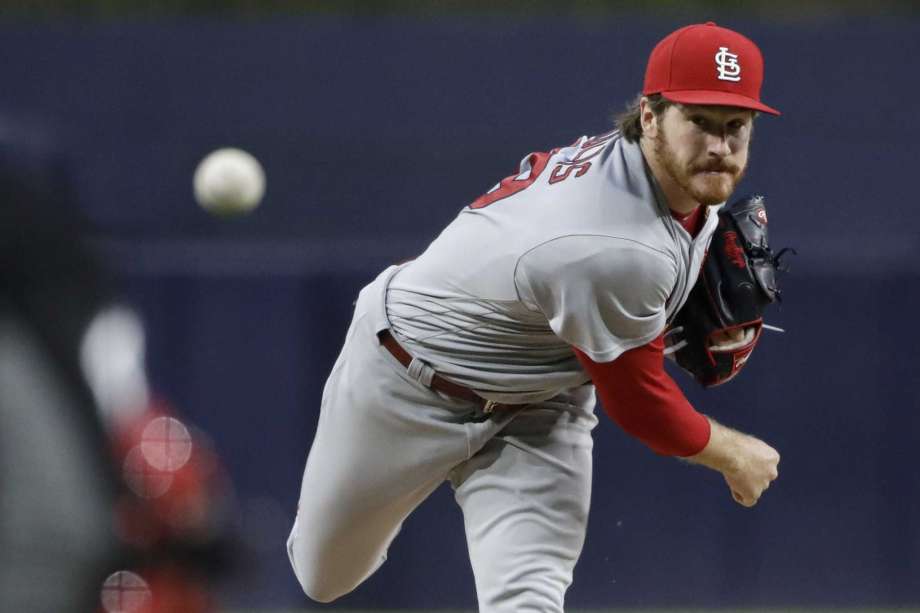 I had the pleasure of watching Miles Mikolas pitch against the San Diego Padres Thursday night. It was the third time that I have watched Mikolas pitch, and while he did not make it through his typical seven innings, he weaved through the feeble Padres lineup with relative ease. There’s a lot to like about the St. Louis Cardinals right-hander: he throws strikes, rarely walks batters, and pitches deep into games. I was interested in delving deeper into what contributed to Mikolas' efficiency, and how he was getting deep into games. Here's what I found.

Several times throughout the night, the San Diego broadcast team discussed how they were impressed by how many groundballs the Cardinals starter was inducing. A quick look at Mikolas’ surface peripherals reveals some eye-popping numbers. Mikolas currently is in the 7th in the league in inducing groundballs at a rate of 53.5%. Walking his third batter in just under 47 innings pitched, Mikolas leads all starting pitchers with a .58 BB/9 and an 11.67 K/BB (this was 15(!) before last night).

Typically, control pitchers who rarely walk batters get ahead in counts by throwing first-pitch strikes. Here are the starting pitcher leaders in F-Strike% in 2018:

Noting that a high F-Strike% isn’t necessarily always good, let’s take a look at where Mikolas is locating his pitches. For all we know, he could be out there just throwing meatballs down the middle. Here’s his heat map for 2018 on 0-0 counts, per Fangraphs: 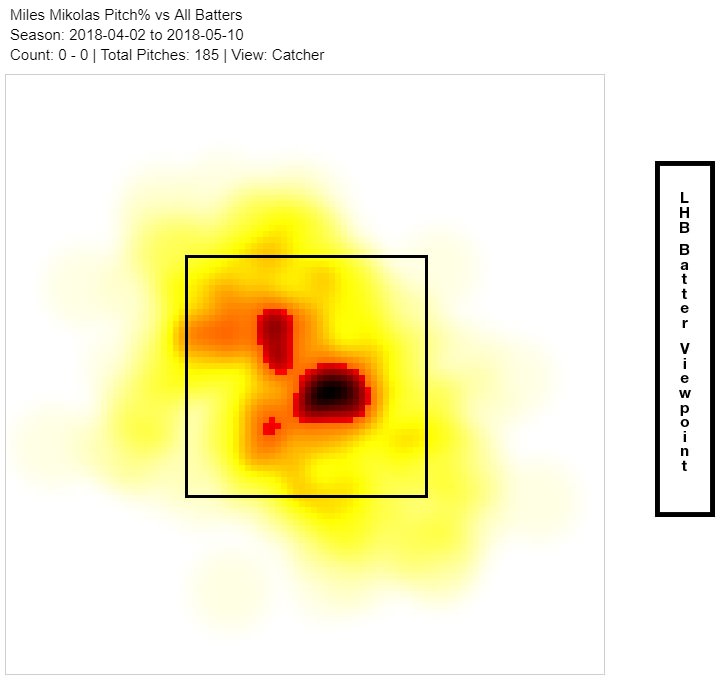 Batters are hitting a mere .511 OPS against Mikolas through 0-1 counts, so we now know that righty is getting ahead early in counts while not being hit hard. Here’s where it gets interesting, as the graphic below shows his 0-0 pitch location in 2014, when Mikolas sported an overall 6.44 ERA and 4.51 xFIP with the Texas Rangers: 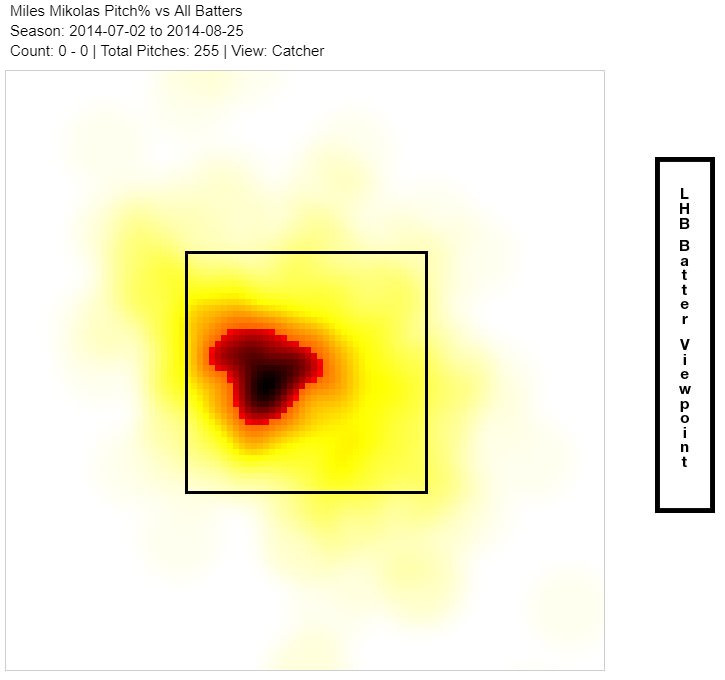 The difference is quite noticeable. The new and improved Mikolas has been locating to both sides of the plate, wherein 2014 he primarily threw to the right side. By throwing strikes and locating well, Mikolas has been breezing through opposing batter lineups. He’s tied for 2nd among 93 starting pitchers in pitchers per plate appearance at 3.55, further explaining how he goes deep into starts.

Another thing that Miles Mikolas has improved from his time in Japan has been his slider, which has generated a whopping 31.4% whiff rate in 2018 and has been his best pitch (wSL of 3.5) in 2018. Of the 114 sliders thrown, batters have only hit 6 singles with no extra-base hits (.194 SLG). Furthermore, the overall trend of Mikolas targeting the left side of the plate is further exemplified by his slider’s location, per Brooks Baseball: 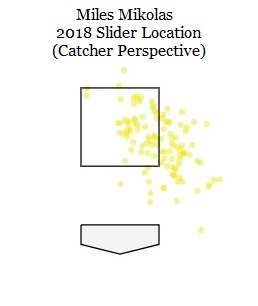 The Cardinals starter has been targeting the left side of the plate when throwing his slider, and half the time it’s out of the strike zone. Mikolas has been elite when inducing swings outside of the strike zone, with a 36.4% O-Swing that is good for top 5 among starting pitchers. Knowing this, let’s watch the pitch in action. Here’s a GIF of a 1-1 slider to Eric Hosmer in the 7th inning of Thursday’s game:

Carson Kelly sets up down and in, and the slider ended away and up. Hosmer has historically struggled with down and in sliders, so it makes sense why Kelly wanted to go that route. Whether Mikolas intended to locate up and away, it’s a decent pitch to a lefty, as Hosmer had very little chance of driving it with power. Whether this was miscommunication or simply missing location, the result was Hosmer being fooled by the pitch and swinging through it. Here’s the next pitch of the at-bat:

Oof, that's some great sequencing by Mikolas and Kelly. Miles goes high with a 94 MPH fastball in a similar location to the previous slider and Hosmer is late swinging. Even if he had caught up to it, there was, like the previous change, very little chance to drive that ball.

As I was sifting through the data, it became coherent how Mikolas is so efficient. He throws well located first-pitch strikes, gets ahead in the count early, and throws 5 different pitches to keep hitters off-balance. Before doing some research, I had no idea that Mikolas had only been using the left side of the plate with his slider, or that it generated so little contact. He’s been out of the league for four years, so it’ll be interesting moving forward to see how hitters will adjust to Mikolas. He has the arsenal to keep hitters guessing in addition to superb pitch location, so it is not within the realm of possibility that Mikolas continues his success. The future shines brightly for the Lizard King.

Note - I'm new to this type of posting and had some issues with formatting (centering and image size). I've attempted to mess with the HTML but was having issues. If anyone was willing to lend a hand, that'd be much appreciated!