I'd like to start by saying that this is my first FanPost here, so hopefully it turns out alright.

Anyway, back when Craig Edwards was site manager, he'd occasionally post a neat graphic that presented the Cardinal's future payroll considerations in an incredibly convenient and easy to digest manner, and ever since his departure, these posts have more or less been absent. My hope is that this post can alleviate some of the grumbling here about that particular state of affairs and hopefully be of some use to everyone. In any case, this little exercise allowed me to satiate my spreadsheet "fetish" a bit, so... there's that, too.

For this, I took a lot of inspiration from Craig's version; I tried to keep the same layout and a similar color scheme so that it echoed familiarity. As for the content itself: I used a combination of payroll information from Spotrac, B-Ref, and Baseball Prospectus to fill out the table. I will say here that some of the information was a bit spotty and/or outright contradictory between sources. In those cases, if the other two agreed on something, then I assumed that they were correct and thus used that information. I have a few other notes and assumptions listed following the table. 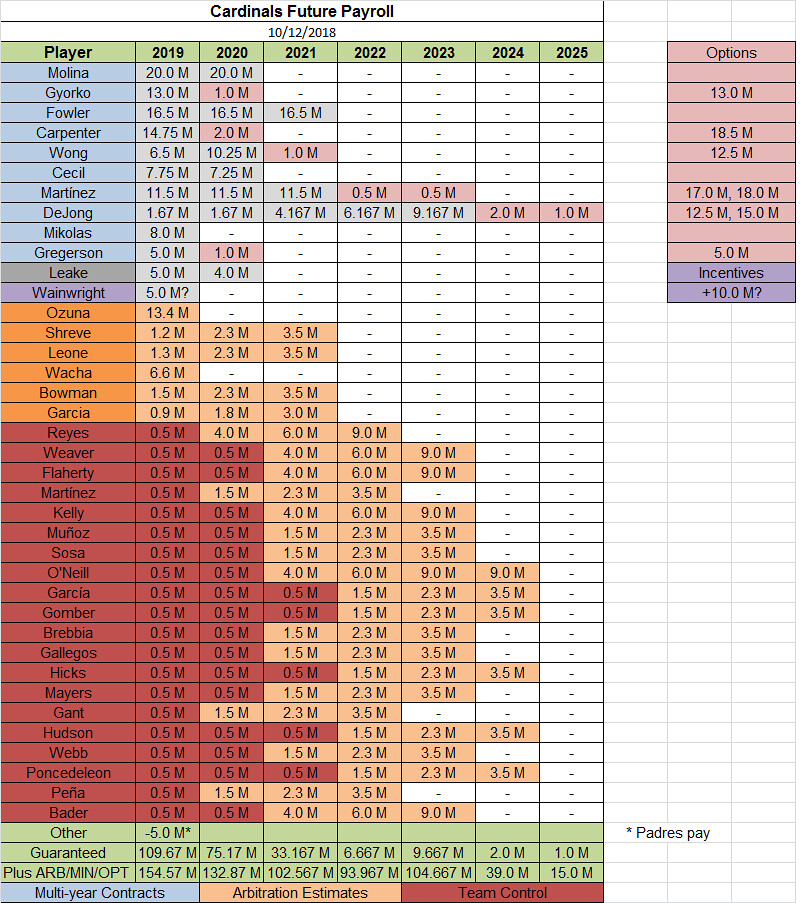 So there you have it - one Cardinals payroll tracker. And again, please let me know if I made a mistake somewhere or if you have a suggestion/constructive criticism for me - I want to learn. Thanks for reading!