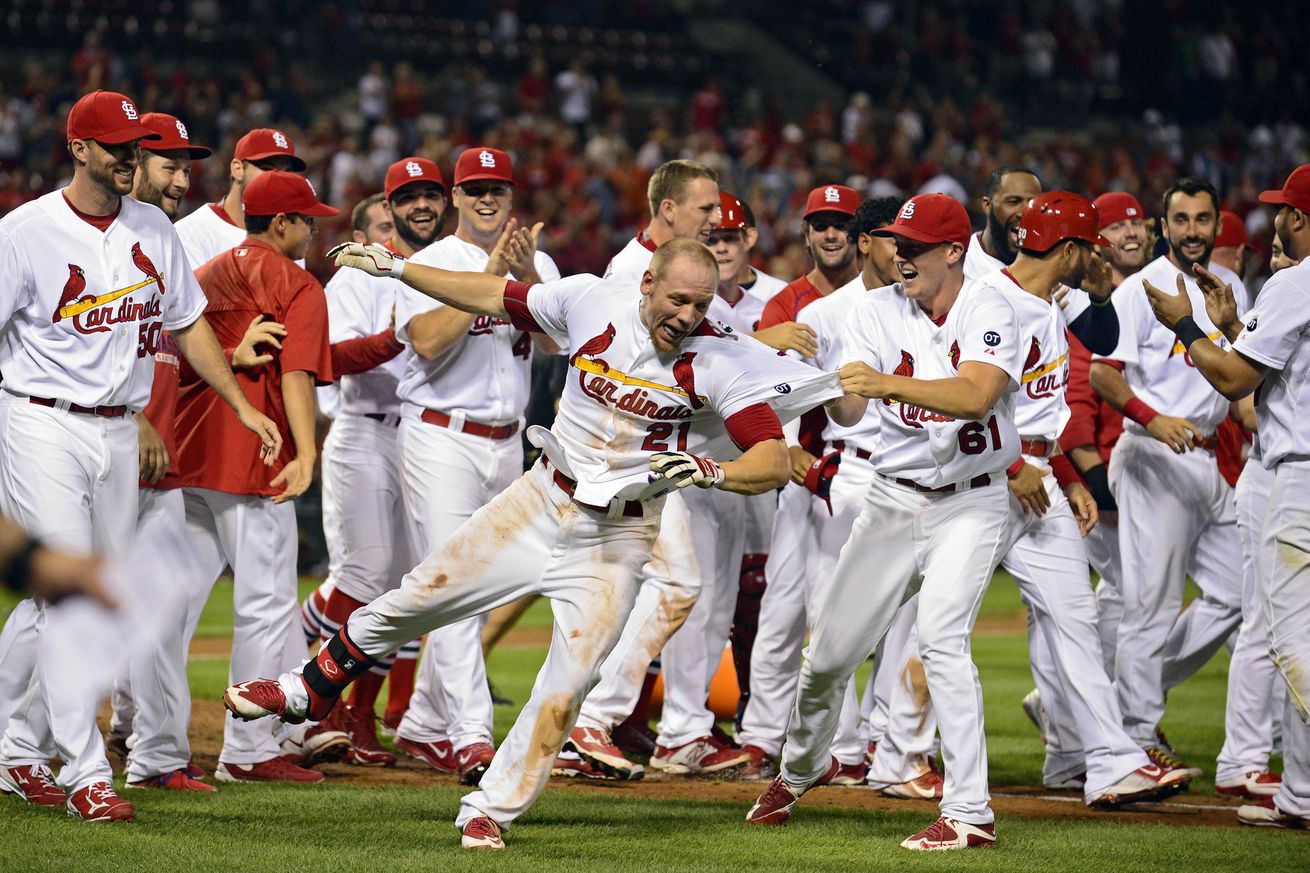 Heading into the MLB All-Star break of 2016, Brandon Moss was sporting an impressive .256/.344/.566 line, which was good for a 138 wRC+. There were talks of a potential extension, and at the minimum, a qualifying offer. But then, poof. Brandon Moss performed a disappearing act that even Harry Houdini would be impressed by. An abysmal .191/.248/.392 second half soured a once promising season for Moss.

St. Louis did not offer Moss a qualifying offer once the 2016 season ended. Teams were not particularly interested in Moss this off-season, which makes sense- he is an oft-injured, streaky, aging slugger. I believed that Moss would likely go to an AL team on a fairly cheap deal. This is exactly what he did... but not at the cost I was expecting. A two-year deal for $12 million is a steal for the Royals. At that price range, the Cardinals made a mistake by not re-signing Moss.

Last year, Moss provided three crucial things that the 2017 Cardinals will miss: position versatility, game-changing power, and depth. Moving Matt Carpenter to first base leaves a giant hole at second and third base. Kolten Wong, Jedd Gyorko, and Jhonny Peralta do not exactly inspire confidence. The outfield depth is thin. Now, I don’t believe that Moss is the ultimate solution to all these problems. He’s a 33-year-old slugger with an alarming K%, declining contact skills, and poor defense. But for the price, it makes all the sense in the world to keep him as a reserve player. The Cardinals had the payroll flexibility to keep Moss- they currently have a payroll of $142 million for 2017 (this does not include the salary of Michael Wacha due to his impending arbitration case, but the point is that the Cardinals would have been able to pay Moss as their 2016 payroll topped $160MM).

Perhaps the Cardinals did try to offer a contract, but Moss wanted to DH for the rest of his career. Unfortunately, we may never know. However, for the cost, he would have been a great asset for a team that has question marks in the infield and outfield. Injuries will happen over the course of the season, and I don’t want the Cardinals scrambling to trade valuable prospects away for a rental when an injury does occur when the answer was within reach the entire off-season.