Following the hacking penalty Major League Baseball recently handed down, I took to nationwide baseball blogs and websites to get a feel for the general reaction to the punishment. While the idea that Cardinals' losses as a result of the incident serve as a deterrent to other clubs is complete BS, the Cards could have been hit much harder and I'm glad the whole situation can be put behind us. But that's not the point of this post.

On one of the national articles about the penalty, I saw a comment that essentially said, 'Does it really matter? The Cardinals are great at drafting.' The MLB Draft is unlike that of the NBA or NFL. While football or basketball teams can target specific needs for the immediate future–that elusive franchise quarterback (i.e. Sam Bradford), a seven-foot rim protector, etc.–baseball executives must seek out talent that will take years to bear fruit...if everything goes right. The odds are stacked against a draftee even making the big leagues after years of the anything-but-glorious life of minor league baseball.

The MLB Draft isn't a science. Its prospects are virtually impossible to project. Do the Cardinals really excel at this annual June crapshoot? I began my search by looking at every National League club's drafts from 2000 to 2011, where we can safely say the results have already been determined. There are a lot of ways to measure the success, or lack thereof, of a draft so I went with one of the simplest methods out there: WAR. 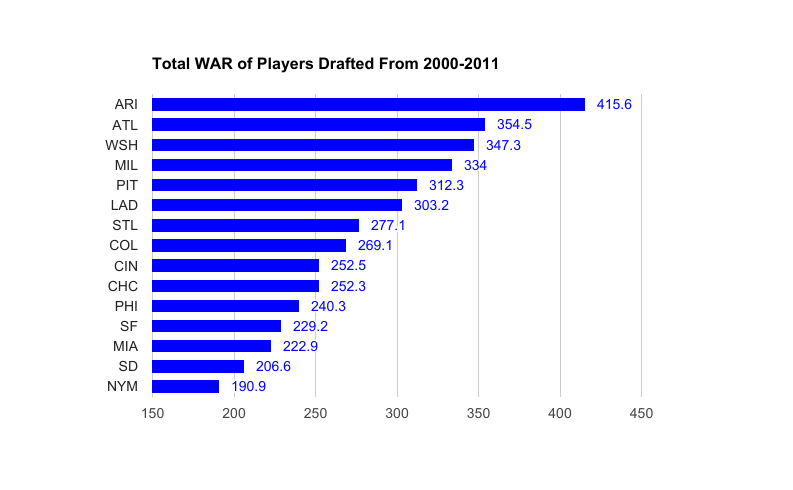 Totaling the WAR of every player each team drafted from 2000-2011, the Cardinals finished in...seventh. Seventh out of fifteen. There were six teams in the NL alone who have been more effective at drafting than St. Louis since the turn of the century. Certainly there had to be more to this. I went to see which individual draft classes produced the highest WAR totals next. 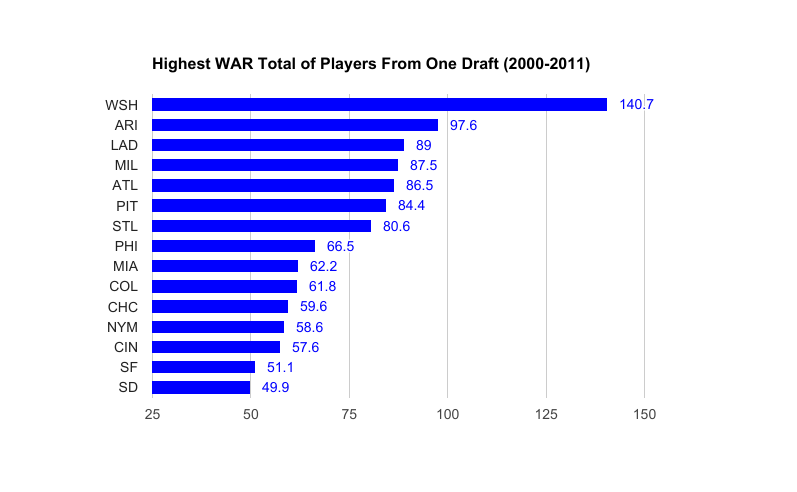 The only draft class to eclipse 100 WAR was the 2000 Expos who selected Grady Sizemore in the third round, Cliff Lee in the fourth round, Jason Bay in the twenty-second, and Russell Martin in round thirty-five. (Go figure, their first round pick Justin Wayne finished his career with a negative WAR and a 6.13 ERA.)

As hailed as the Cardinals' 2009 haul was, the 2003 class takes top honors with a total of 80.6 WAR. The draft was highlighted by Daric Barton (who would be dealt in the Mark Mulder trade), Jason Motte, Brendan Ryan, and two pitchers who the Cards failed to sign: Ian Kennedy and Max Scherzer. In an 80.6-win draft the Cardinals lost 51.7 of those wins due to signability issues.

While the Cardinals haven't absolutely nailed any of their drafts, maybe they have consistently churned out good-but-not-great classes? 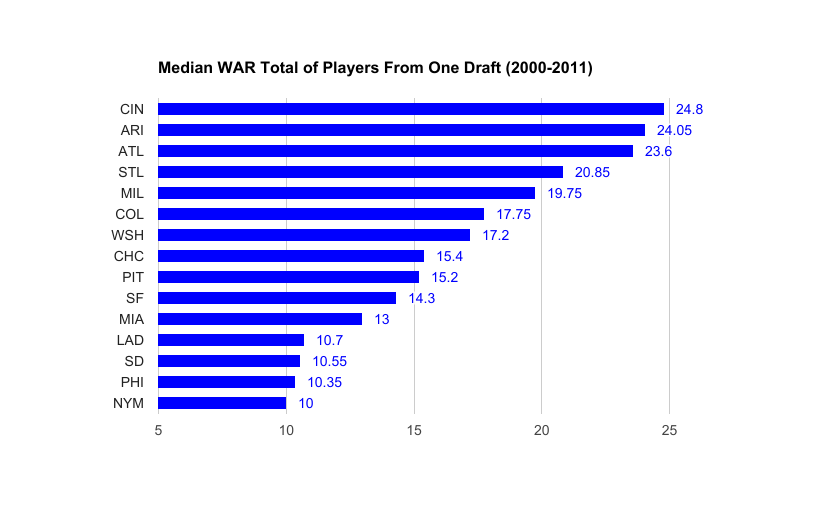 Finally a stat the Cardinals rank highly in! The Birdos have drafted just one player of 50 WAR or greater since the Vietnam War ended, but they have collected enough quality assets through the draft that can be used as trade chips or pieces to accompany the team's core. I broke down each club's twelve draft classes by tier:

The Cardinals' draft consistency is marred by a few duds that drop St. Louis to a tie for eighth in the 10+ WAR column. You would think that those poor drafts would drag down the Cards' median in the chart above, but that wasn't the case thanks to a league-high six drafts with a total WAR of 25 or better. 37% of all draft classes studied ended up a total WAR of 25+. Hit that mark routinely like the Cardinals have, throw in a touch of devil magic, and you might just be alright.