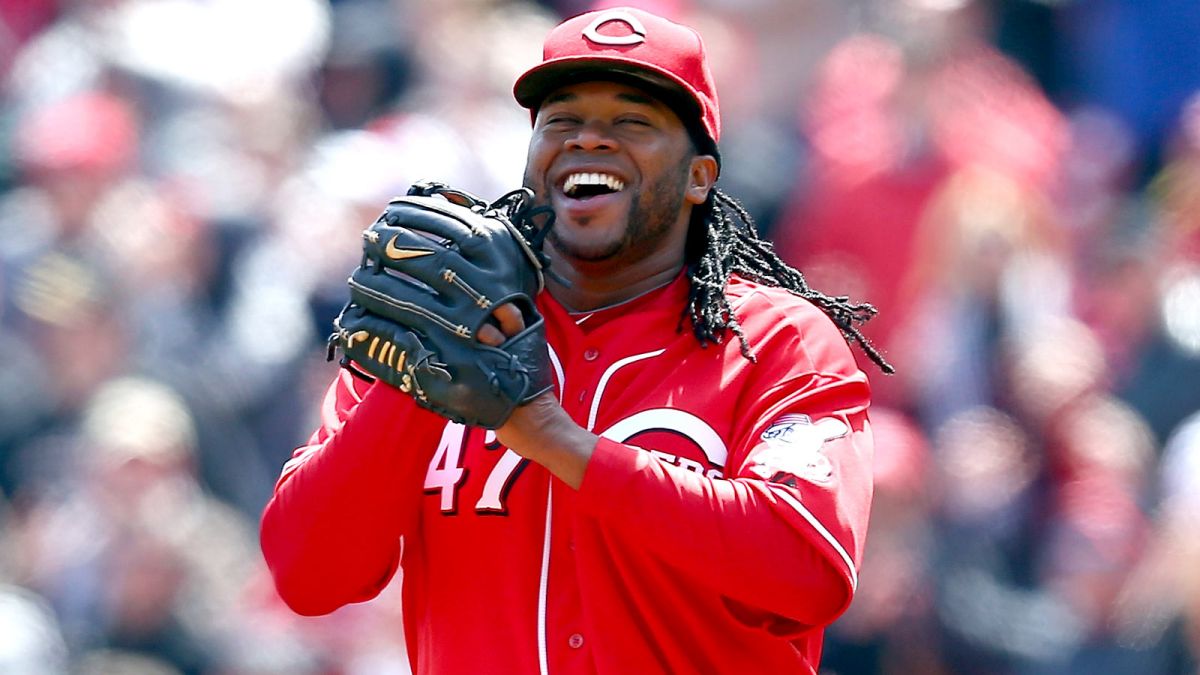 Please go ahead and put down your torches and pitchforks. I get it. Trust me, I do. But if you're one of the people who don't get it. Allow me to allow you to get it.

Ok. So yeah. You can see why this may have made some people a little upset. By some people, I am referring to Yadier Molina. So when Brandon stepped into the batters box and tapped Molina on the shin guard with his bat, Molina got in his face. This led to the benches being cleared. As a matter of fact, this fight actually lasted long enough for the bullpen pitchers to actually make it there in time. Regardless, during the fight, Johnny Cueto was pushed up against the netting. In a split second decision, he decided to kick. This kick hit Cardinals catcher Jason La Rue in the head. This caused him to have severe concussions that ultimately cost him the remainder of his baseball career.

Now where it gets really bad is how MLB reacted. They basically gave Cueto a slap on the wrist. Cueto was allowed to stay in the game, and then was suspended for 7 days after that. That does not mean 7 starts, that means 7 days. So he basically missed 1 start. This has left a grudge in the heart of many Cardinal fans, players, and coaches.

Now lets look towards the future. That fight occurred 5 (going on 6) years ago. Jason La Rue also openly said he forgave Cueto for his actions. Cueto obviously didn't mean to to ruin his career. But don't get me wrong, we have all the right in the world to judge him. Which we have done. But now lets look at a different part of Cueto. Lets look at his pitching stats, and his ability to win.

So what do those numbers mean you may ask? Well gosh golly I can't wait to tell you. Those are his earned run averages over the past 6 years. Those are pretty good. He may have you know...sucked with the royals. But you can still see the success he has had, not only in the National League, but oh yeah...The National League Central. He has arguably been the best pitcher in the national league behind superstar names such as this guy named Clayton Kershaw.

Putting aside your personal opinions about Cueto, the dude can pitch, and the dude is a gamer. He wants to win, plain and simple. Now lets look at this past offseason. The Cardinals gave a big offer to David Price, that didn't work out. The Cubs also snatched up the Cardinals most consistent pitcher from last year. So now we are hoping that Wainwright can stay healthy for a whole year, along with the fact that Martinez had shoulder issues towards the end of last season, which caused him to miss the playoffs. We are also hoping that Wacha can repeat his numbers from the first few months. Also, by now, we all know, it is HIGHLY unlikely that Jamie Garcia can pitch a full season. What about our MLB ready prospects you may ask? Tim Cooney and Marco Gonzales are both coming off of injury plagued seasons. So....we have a lot of question marks here.

Now this probably means absolutely nothing. But Johnny Cueto's agent also thinks he would be a good fit with the Cardinals. In the words of agent Bryce Dixon:

"I can’t speak to how the Cardinals feel. ..Obviously [Johnny] regrets how the fight went down," Dixon told MLB Trade Rumors on Wednesday afternoon. "He’s expressed regret over it in the past. He loves pitching in the NL Central. He’s the best pitcher of our era in the NL Central. It would be a good marriage [between] Johnny and the Cardinals. I think once the fans got past the fight and they saw what a gamer Johnny is and what he could bring to the team, I think they would be able to embrace him now, though I don’t think that they’ll do that overnight."

So lets all look in our hearts and ask ourselves. Do we want to win? Is it worth bringing Cueto to St. Louis? How will the players react? (Especially Yadier Molina). Oh yeah, and would he be the first player to be booed on opening day! Sure deep down you can always hold it against him. But if he can go up against the Cubs lineup and fire zero's....then can't we all just forgive and forget.

The Cubs are currently at the Cardinals back door. Actually I would describe them as the IRS and they are taking the Cardinals house. We need someone who we can rely on every 5th day. So lets ask ourselves again. Do we want to hold the Cueto grudge? Or do we want to win?

Would you be ok with Cueto coming to St. Louis?