Cardinals at Brewers Recap: The 'pen slams the door, Cardinal lead back to four

This game was unspectacular, and yet, there were two dingers and Carlos Martinez.

Share All sharing options for: Cardinals at Brewers Recap: The 'pen slams the door, Cardinal lead back to four

The Cardinals six game winning streak (or seven, I cannot remember), was snapped last night. Also snapped was the Brewers ten game losing streak. They say streaks follow streaks. Hopefully the Cardinals put that superstition to rest by getting another in the win column tonight. Lance Lynn was a bit unspectacular in his last start out. Look for him to bounce back tonight, especially with Kyle Lohse opposing the Redbirds on the mound, a man the Cardinals seem to mercilessly and ruthlessly beat.

My faith in the Cardinals is disturbingly high right now. Probably annoyingly so, really. In fact, I am so certain they will win this game, I started writing this victory recap in the eighth inning. Am I afraid I will jinx it? Nope. Not at all. The Cards are unstoppable. Oh, but they lost yesterday, you say? Only to hide their invulnerability. Don't want other teams catching on.

The Cardinals got on the board right away with a good ole fashion Matt Matted In, just a Matt Holliday away form the Natural Mattrick. Matt Carpenter lead off the game with a walk, surprise, surprise, and after two outs by Jay and Holliday, Matt Adams launched a ball over the right field fence to give the Birdos a two-run lead.

Then, one of the weirdest innings I have ever seen happened to let the Brewers right back in the game. Scooter Gennett lead off the bottom of the frame by reaching courtesy of a Matt Adams error, because his name is Scooter and of course he did. Parra would double to put runners on second and third, then Braun would single to score both of them with help from not only a Matt Holliday fielding error, but also a throwing error. Lynn would escape without further damage, after Holliday threw out Braun at the plate trying to score on fly ball to left for the double play.

Oscar Taveras started in right field today. This is relevant, but first, let's look at his RBI pinch hit from yesterday's game: 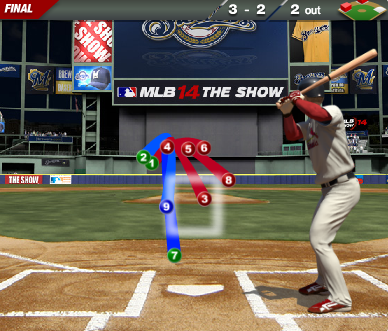 Kolten Wong doubled in Jhonny Peralta to break the tie. Oscar Taveras stepped to the plate, earning the start today after impressing Matheny with his nine-pitch at bat yesterday. He promptly made the Cardinal skipper look like a genius, depositing a Kyle Lohse change-up over the right field wall. 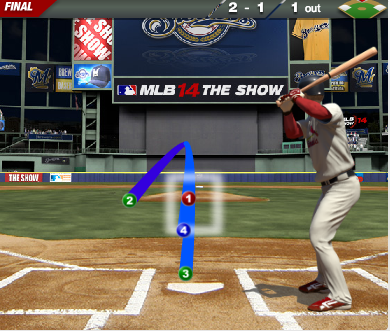 The Brewers cobbled together another run in the sixth, taking advantage of a tiring Lance Lynn who ended up pitching over one hundred pitches tonight in six innings. Lynn was a bit shaky, surrendering three runs on five hits and four walks, but he was able to gut through it and notch five strikeouts on the night. The bullpen of Sam Freeman, Carlos Martinez, and Trevor Rosenthal shut, nay slammed, the door. Martinez was especially erotic, enticing hitters with his seductive change-up, after playing hard to get with some sinking 97 mph heat.  Rosey notched his league leading forty-third save, working around a two-out double by Rickie Weeks, which happened to be his 1000th career hit.

The Cardinals had four hits, three errors, and yet still win five to three.

LIL SCOOTER'S PLAYER OF THE GAME:

According to WPA this award should really go to Matt Adams. His two-run home run propelled him to .167 WPA. Second by WPA is Oscar Taveras, as his two-run home run propelled him to .118. But again, I am going agianst my own rules here, and giving the honor to Carlos Martinez. As a relief pitcher in a five to three game, he racked up .101 WPA in one and one-third innings with three strikeouts and only one hit. Viva el Gallo.

Those pitches by Martinez should have pixelated. #dirty

Note Number One: After getting jammed on a pitch in the ninth, Yadi looked to be in pain and shaking his right hand, the hand where his surgically repaired thumb resides. He came back out to catch the bottom of the frame after passing strength tests. Just something to be aware of.

Note Number Two: During Lance Lynn's interview on the postgame show, Miss New Booty began playing in the Cardinals clubhouse, much the amusement of Lance Lynn and myself.

Tomorrow Adam Wainwright and his zombie arm will take the mound at 12:10pm CST. Opposing him will be Jimmy Nelson. Waino has said he feels he has turned a corner. Please feel better Waino, for I worry about thee.