Donate your awesome money. Get an awesome shirt.

Share All sharing options for: Viva El Gallo: The Shirt. A CardsCare Fundraiser

Hi, friends! Today's post is a marriage of two of the things that have made me most proud to be part of this website.

Over the last two years, Viva El Birdos has raised over $10,000 for the CardsCare charity through fundraising associated with the CardsCare 6K run. Those that ran in the races raised some of that money through people they knew, but the majority of that remarkable sum was donated by readers and commenters here on VEB. It's a great testament to the type of community we have here, and it's been an honor for me to run each year. Anyway, look for a series of auctions of Cardinals memorabilia in the coming weeks to raise funds for this year's charity drive, but this post will hopefully be another big part of our team's current goal.

I also find it incredibly, well, cool, that Carlos Martinez has adopted the nickname that VEBer SantiagoFish (@CRhudy) bestowed upon him in the recap he wrote about El Gallo's first start here.

The Cardinals rallied in the fifth inning for four runs--Matt Adams hit his third triple of the year--and there was no bigger cheerleader than Carlos Martinez. He was so proud, puffed up, and happy, strutting and joking around like a shorter Joe Kelly. He personally brought Matt Adams a cup of water after he (Adams) scored on a Jhonny Peralta single. Martinez then went and rested for a second on the top perch of the dugout steps, 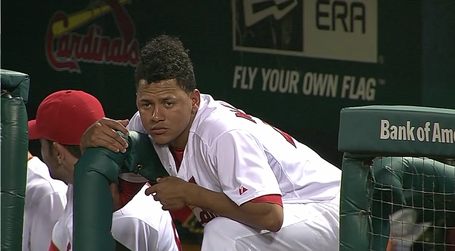 and here let me propose a new nickname: El Gallo. 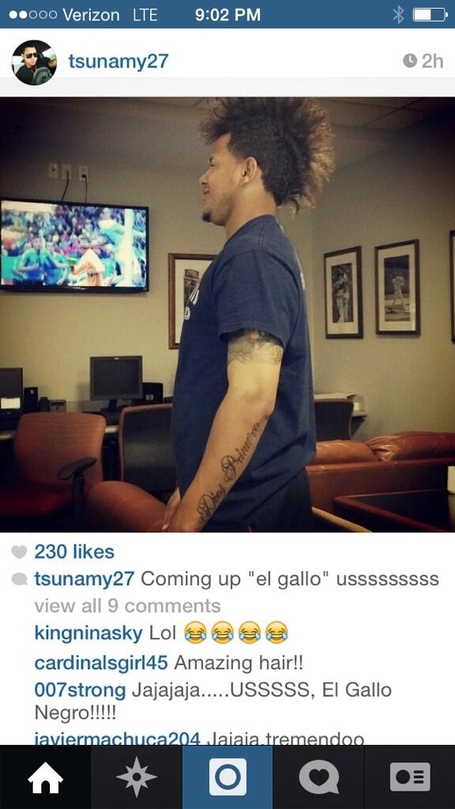 And from there the legend of El Gallo grew:

The mainstream media picked up on it:

Even Mike Matheny noticed something is up: "He comes back in and he's saying all kinds of stuff, sounds like a rooster sometimes," manager Mike Matheny began to explain after the team's series win. "I haven't figured that one out yet. Whatever he's doing, guys are laughing, and they're smiling. That energy that you're talking about when you bring young guys up is contagious. And then he made a couple things happen, too." (from this Langosch article on the mlb.com)

And finally, well, we're calling this the rally coxcomb: 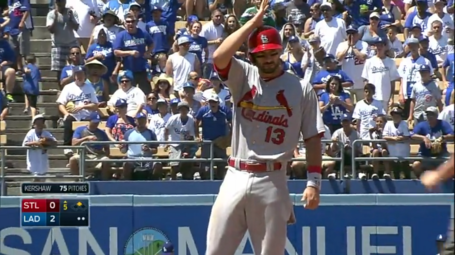 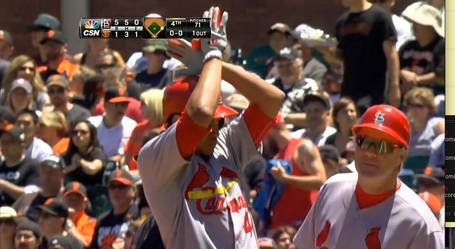 So, in honor of El Gallo, and with the goal of raising funds for this year's charity drive, I unveil the VEB Viva El Gallo t-shirt. Special thanks to the model (let's call him Mack Ellis), and even more thanks to VEBer brackenthebox for bringing the idea to life with his artistic eye and design skills. 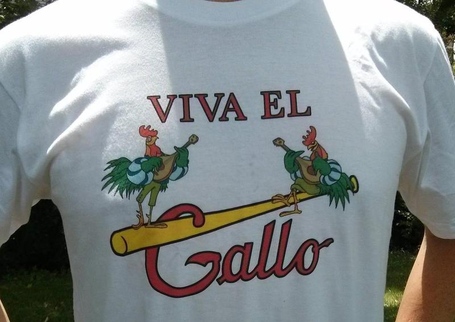 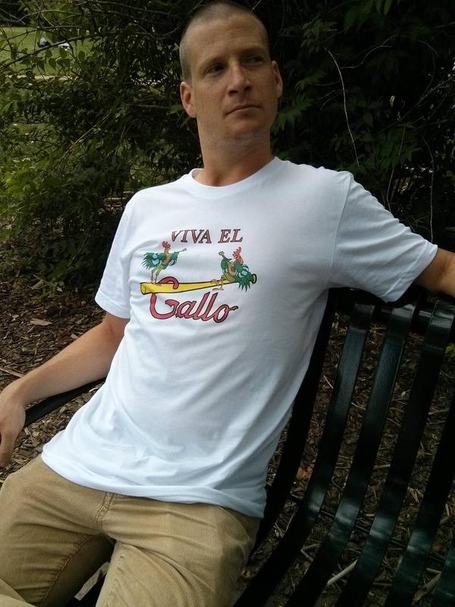 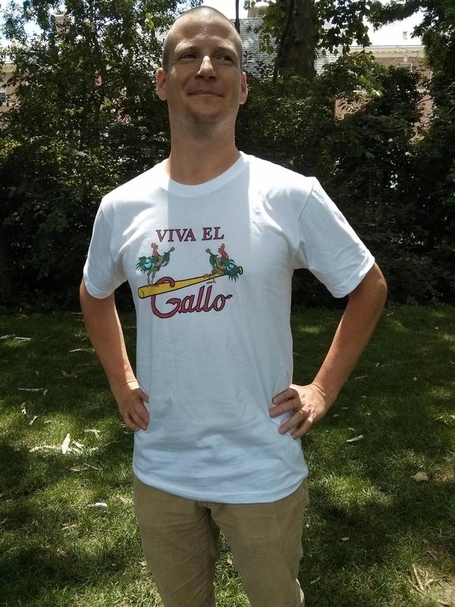 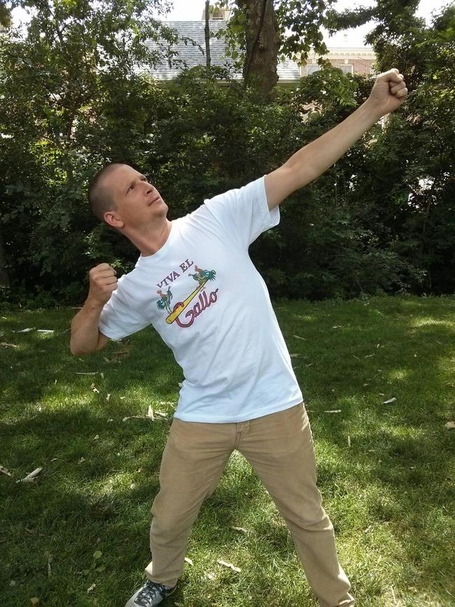 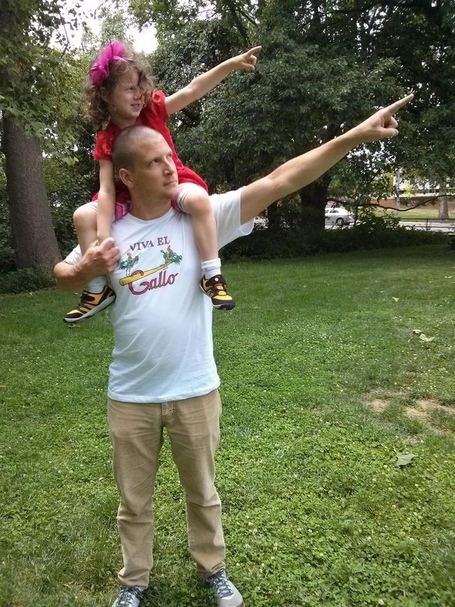 As you can plainly see, that's one astounding t-shirt, suitable for a number of leisurely pursuits.

Here's how you can get it: Between now and August 1, go to the VEB CardsCare fundraising website here and donate $40 (or more!) to any of us runners. It's probably easiest if you just choose me (here) for book-keeping, but if you'd rather donate in someone else's name on the team that's fine. Your tax-deductible donation goes directly to CardsCare who do things like providing cash grants to local kid-centered non-profits, funding free health screenings, and supporting mentors and tutors for at-risk youths in the St Louis area. After you have made your donation, send me an e-mail at my first and last name (it's up at the top of this article!), all one word, at gmail. Include your name, address, and what size shirt you would like.

On August 1, I will have the shirts printed and then I will quickly ship them out to everyone who donated for one. I will do my best to get American Apparel or a similar high-quality shirt, but it will depend on how many I need to order and what the pricing will be. I am paying for the cost of the shirts out-of-pocket as my way of supporting this fundraiser. If you'd like to help me pay for the cost of shirts, e-mail me and I will let you know how you can do so. Acme T-Shirts in downtown Columbia made this one. I'll use them again if it's cost-effective to do so.