Today's nerd score is 8, the highest of the day. Also of note, Michael Wacha's machine like consistency.

This beautiful Memorial Day afternoon begins with the Cardinals honoring Derek Jeter, who before the season announced his retirement effective at the end of the 2014 season. He was given cuff links with Stan Musial's likeness, and $10,000 for his charity, Turn 2 Foundation.

This game also featured the celebration of the 50 year anniversary of the 1964 World Series Championship team. Bob Gibson threw out the first pitch to Tim McCarver. It was wonderful. He may have soft-tossed it in there but, I am still afraid of him.

Of course, with Michael Wacha slated to start, there is rain in the forecast. Let's move this along... And we are in a rain delay. 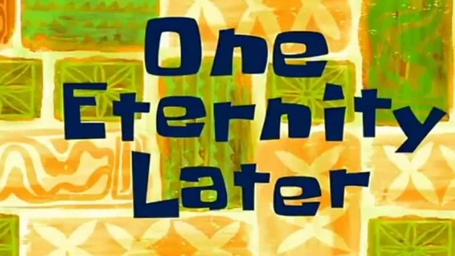 Okay, so maybe more like 45 minutes, but who is counting.

The handsome Texan struggles in the early going, surrendering a leadoff walk to Brett Gardner that would come around to score after a single by Jeter, who receives a midwest nice ovation, and Jacoby Ellsbury. Michael would settle down after that, coaxing a double play from Brian McCann and a groundout by Yangervis Solarte. Yankees lead 1-0.

This lead wouldn't last long, however, as the Matt Carpenter Extra Bases Comeback Tour makes its rounds, with the leadoff man reaching third on a triple to right field. Kolten Wong would bring him home as the Cardinals RISP average beings to climb. After a Matt Holliday flyout, Wong would be called out attempting to steal third, having beaten the trow, but sliding past the base on what appears to be a slippery playing field. This was the first time he was caught stealing in his MLB career having gone 10 - 10 previously. Finally! Some adversity! To add insult to injury, Matt Adams drops in a hit, but the inning would be over after a Yadier Molina groundout. The game is tied 1-1.
MBI: 1 (Carpenter)

In the top of the fourth inning Michael Wacha pitched 5 pitches and got three outs in the quickest inning that was every played. Just thought I would mention that.

The top of the fifth did not go so smoothly. Ichiro Suzuki leads off the inning with a walk, which is followed by two groundball singles by Brian Roberts and Kelly Johnson. The walk again comes back to haunt Wacha as Ichiro scores, and Roberts scores on a sacrifice fly by Gardner. Jeter flies out to Craig to end the inning, but the damage is done as the Cardinals trail 3-1.

The Cardinals get something cooking in the bottom of the 6th, with a Matt Holliday leadoff double that might have been a homerun, but John Mabry kept in the ballpark with his steely gaze and sheer force of will. Matt the youngest follows this up by lining a single to move Holliday to third with no outs. Molina battles and 0-2 count and gets hit by a pitch for his trouble. This prompts a pitching change by the Yankees, bringing in Preston Claiborne to face none other than Allen Craig. The move pays off in a sense, as Craig hits a slow roller to Jeter, but it does result in a run scoring with one out. A Peralta sacrifice fly ties the game, with Adams tagging and scoring. Peter Bourjos grounds out to the shortstop to end the inning, but not before the Cards tie game up 3-3.
MBI: 2 (Holliday, Adams)
Hey Brett Gardner,
Thou. Shall. Not.

Image courtesy of mojowo11 - it is old, but gold.

Wow. What a top of the 8th.
Oh, right. I have to actually put it into words. Well. After getting one out, Carlos Martinez, who came in in relief of Michael, gave up a groundball single to Yankee leadoff man, Brett Gardner. After a few checks on the runner, and some suspense and intrigue, Gardner decides to take off. It ends up as one would expect. Yadier Molina then gets a standing ovation from the Cardinal faithful. Jeter then strikes out looking on the next pitch.
I absolutely refuse to continue this recap without noting that Carlos Martinez tore through the Yankees line-up like an unpredictable Summer tsunami through a quiet, coastal town, reaping destruction, doubt, and despair in his wake.
In the tenth inning what we had been waiting for finally happened.

Yadier Molina almost ended the game in the bottom of the eleventh, but was robbed by Gardner, the man he threw out earlier. The poetic irony was not lost on the ESPN broadcast. To the twelfth!

I made a rally thead, but it was too late as tragedy struck in the form of Randy Choate in the top of the twelfth. An Ellbury walk, then stolen base, then McCann hit by pitch after what looked like strike three, then a Solarte sacrifice bunt, then an intentional walk to Ichiro, then a Roberts single plates one, then a pitching change that ends up putting Matt Carpenter in right field and Motte on the mound, then a Alfonso Soriano sac fly plates another, then a Brendon Ryan single that plates another, then a Garnder groundout. Cards trail 6-3.

The Cardinals attempt to rally in the bottom half of the inning. Jhonny Peralta reaches on an error and is driven in by a Jon Jay double to start. Matt Carpenter grounds out to Boog, who is playing first, by the way, while Jeter stays at shortstop, and Wong strikes out to kill the rally. Sorry guys. I tried.

LIL SCOOTER'S PAIN IN THE ASS OF THE GAME:

Alfredo Aceves leads all players with .255 WPA, pitching 2 innings, allowing one hit and no runs in relief. Meh. The position player with the highest WPA is Brian Roberts with .179.

Tweets/Gamethread Comments of the Game:

With his double, Matt Holliday has now reached base safely in all 22 home games this season. #stlcards

While this game is a bummer, let's not lose sight of the true meaning of Memorial Day. It is a day designed to ensure that the sacrifices of America's fallen heroes are not forgotten. Everyone have a very safe and happy rest of your Memorial Day!

Tomorrow Lance Lynn and the Cards look to avenge their loss and even the series against David Phelps at 7:15pm. The game will be broadcast on Fox Sports Midwest, NYY: MY9 (whatever that means) and on the radio on WFAN 660/101.9 FM, WADO 1280 and, of course KMOX 1120.