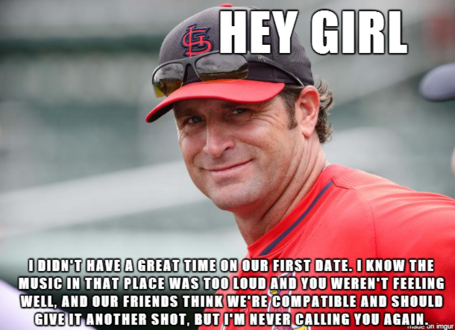 What Else is Going on In Baseball...

What the Cardinals Are Up To...

Tonight Lance Lynn will take on Ervin Santana and the Braves at 7:15pm. Coverage will be available on Fox Sports Midwest, Fox Sports South, KMOX 1120, WCNN 680/WYAY 106.7 and Braves Radio Network.
Send me those links! Tweet me @lil_scooter93 or e-mail me at lil_scooter93@msn.com!