Share All sharing options for: Cardinals vs Cubs Recap 5/13: Greg Garcia walk-off HBP in the 12th wins game for Cards

How absurdly unlucky is this offense right now? In the third inning down 2-1, with Jhonny Peralta on second and Matt Holliday on first with one out, Yadier Molina hit a clean single to the left side of the infield.  Peralta probably could have scored from the hit(Matt Holliday seemed to think so), but in the process of jumping over the ball, Peralta slipped and lost momentum, completely eliminating that possibility.  Matt Holliday didn't see it and kept going to third base, which meant Peralta had to get caught in a rundown to avoid both men being out. Instead of bases loaded, one out, we got men on third and second with two outs.  That reduced run expectancy from 1.631 to .626. While we did end up getting a run off a Matt Adams dribbler, it was the type of play that causes fans of a struggling offense to tear out their hair. 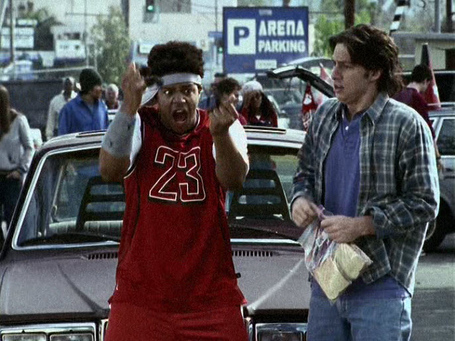 In the sixth inning, the Cardinals would climb to a 3-2 lead, thanks to Peter Bourjos stealing 3rd base (!), Starlin Castro throwing the ball away, and a Jhonny Peralta single. They would relinquish the lead in the top of the ninth when Trevor Rosenthal allowed a run to the Cubs' Murderer's Row of Junior Lake (single), Darwin Barney (walk), and Emilio Bonifacio (single).

In the 12th inning, Cubs pitcher Justin Grimm just couldn't get ahold of his command. He allowed a single to Jhonny Peralta before getting Matt Holliday to pop-up. After that, it was a walk to Allen Craig, a walk to Yadier Molina, and then a HBP to Greg Garcia that ultimately did him in.

In other news, VEB user Hats for Matts is apparently a psychic and/or wizard

Three Stars of the Game (by WPA)