Share All sharing options for: Viva El Birdos Writers Roundtable: Who Should the St. Louis Cardinals Choose to Fill Their Final Bench Spot? 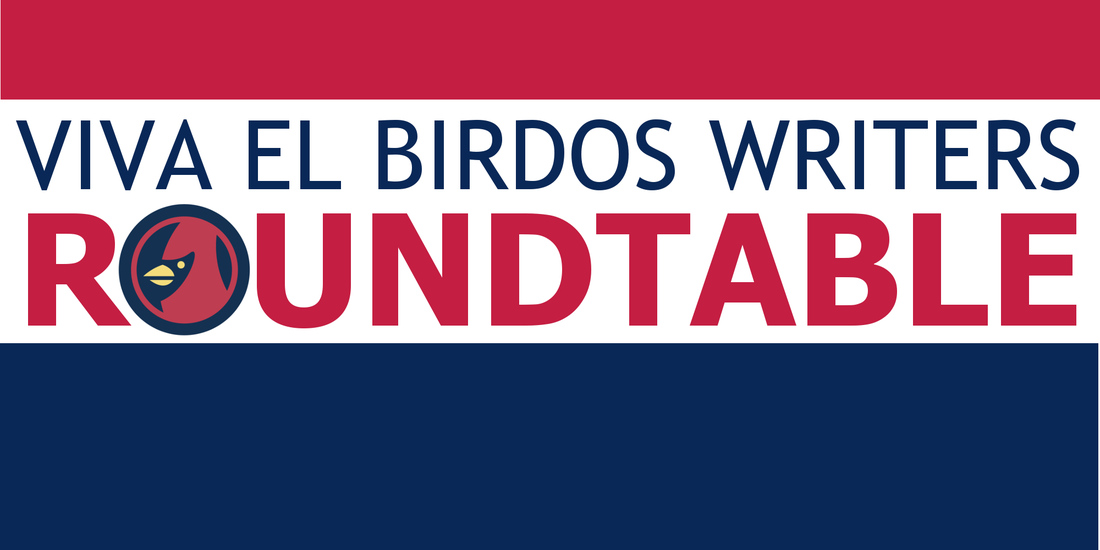 As frustrating as it is, the Cardinals appear poised to hand Daniel Descalso a bench spot on a $1.29 million platter. This means that there is only one spot on the 25-man roster that is truly up for grabs. That is the focus of today's Writers Roundtable:

Who should the Cardinals choose to fill their last open bench spot?

Our panel members today are Fourstick, Joe Schwarz, and Craig Edwards. Each submitted his Roundtable contribution independent of the others, which made it rather interesting to see an impromptu unanimous consensus emerge over giving the last roster spot to a player on a temporary basis–until a certain someone is ready to make his big-league debut.

Shane Robinson, at least until Oscar Taveras is called up from the minors, is a better use of a roster spot than an extra infielder. The dynamics of the Cardinals' infield have changed significantly since last year. In 2013, St. Louis had a late-game defensive liability at third in David Freese and a late-game offensive liability in Pete Kozma. By moving Matt Carpenter to third and signing Jhonny Peralta and Mark Ellis, there is little room for a second utility infielder after Daniel Descalso.

The last paragraph is more the case against an infielder than the case for an outfielder, but also consider that on days where Allen Craig is playing first base, there is no outfielder on the bench is Shane Robinson does not make the roster. In addition to the roster crunch, Robinson is a decent player. He plays good defense and runs the bases well. He is not great with the bat, but he is not as much of a liability as Kozma. Over the past two seasons in a part time role, Robinson has hit .252/.327/.339 in 352 plate appearances. his wRC+ over that time of 87 is more than twenty higher than Kozma's 66 and his ZiPS projected .299 wOBA is ten points higher than Greg Garcia's.

Pete Kozma is the best use of the final roster spot to start 2014 (once Taveras proves he’s healthy, this spot likely belongs to him). Unfortunately for Kozma (and the Cardinals for that matter), it appears Daniel Descalso is a "shoo-in" for the 24th spot due to his recent $1.29 million agreement with the organization. In my opinion, based on the current status of the 40-man roster, Kozma shouldn't even be in the discussion for the 25th spot – he should already have the 24th spot locked up. However, once Descalso signed the on the dotted line, he all but guaranteed himself a spot on the 25-man roster – barring a Spring Training trade of course (what value does he even bring?). Sure, the Cardinals should have non-tendered him in the first place, but I don't think they envisioned Mark Ellis falling into their lap for a cool ~$5 million, so it was a reasonable decision by general manager John Mozeliak and Co. to tender him and subsequently the one-year deal.

All right, my role in this round table isn't to bash another player who isn’t even in the discussion. It's to talk up "my player," so that is what I am going to do. Kozma couldn't hit in 2013. A .217/.275/.273 slash line combined with a measly 50 wRC+ over 448 plate appearances is plenty indicative of that. As a very brief aside, how often do you see a player's on-base percentage higher than his slugging percentage? Without checking the numbers, I would assume not very often.

A one-act play that delves into the black magik behind Pete Kozma's 2012 breakout.

So he couldn't hit. We saw in the World Series how punchless the bench was, so why crowd it with another player who cannot hit? His defense. His defense was very good last season. His 6.7 UZR ranked fourth in the MLB among among shortstops. He may not have made many "flashy" plays but very rarely did he miss a play until the World Series of course.

Jhonny Peralta is not as bad a defender as one would think. Statisticians have debunked this theory all off-season. However, he turns 32 years old in May, and he didn’t exactly show up to camp in prime physical condition. Can he play shortstop for the entirety of a 162-game season? Can he play shortstop for nine innings five games in row? That remains to be seen, but one thing is for certain, I do not want Descalso as the team’s insurance at shortstop. Sure, Descalso can "play" three different positions, but he doesn’t play any of them particularly well. Defensive statistics (flawed as they may be) showed that Kozma was a top 5-10 defensive shortstop last season. In my opinion, if Kozma was able to defend to that level at shortstop, he is fully able of playing average to above-average at third and/or second – already making him more valuable to the team than Descalso. Even if he cannot play second or third, put him in at shortstop, move Peralta to third (where he will likely end up two years from now if he is still wearing the Birds on the Bat), and move Carpenter back to second.

Finally, there have been reports out of spring training saying Kozma made significant changes to his swing over the off-season. If he proves his bat has improved during spring games (and it doesn’t have to improve all that much), it would be nice to have a right-handed complement to our rather left-handed starting infield (Adams, Wong, Carpenter).

The case for Greg Garcia as the 25th man is simple:

Other than Jhonny Peralta, there's simply nobody on the current Cardinal roster that should ever play shortstop.

One can make the case that the Cardinals should go with Pete Kozma as Peralta's backup since his above average defense at both short and third base would offer utility as a defensive replacement in the late innings. Garcia offers that utility, albeit not at an elite level, but he also offers better than replacement level offense and a left handed bat for the bench, something that will be sorely lacking at times against right handed starting pitchers.

The Other 15: Greg Garcia

The Other 15 series looks at those members of the Cardinals' 40-man roster who are unlikely to make the 25-man roster our of spring camp but who will be an injury away from St. Louis this summer.

The Other 15: Greg Garcia

ZiPS projects Garcia to have an 86 wRC+ in 2014, which is considerably better than the 50 wRC+ that Kozma put up last year or the 61 wRC+ he's projected to put up in 2014. Shane Robinson is projected a bit better (90 wRC+) but the club is already carrying 4 outfielders and I don't see any utility in carrying another one other than for a late inning defensive replacement in a corner outfield spot, as Bourjos is the go-to defender in center field. It makes little sense to carry five outfielders when you don't have a second average short stop on the roster, a position that's going to see far more defensive chances.

A 12% career walk rate in the minors demonstrates Garcia's ability to get on base and the stellar .377 OBP last year in Memphis exacerbates the point. He's also an excellent baserunner, having stolen 24 bases the past two seasons in the high minors while being caught only 7 times. What Garcia lacks in straight-line speed he makes up for in baseball IQ, much like former college teammate Kolten Wong.

Garcia plays the shortstop position at an above average skill level, has the utility to play multiple infield positions (he played a lot of 3B at Double-A in 2012), and is the best left handed bat available to the Cardinals until the club calls up Oscar Taveras. A solid backup to Jhonny Peralta is of far more value than a fifth outfielder to the club and a left handed pinch hitter has far more value when few teams carry more than two lefties in their bullpen. Greg Garcia gives the Cardinals the most value from their 25th roster spot.