Last season, Allen Craig hit 97 RBI in 134 games. If he were to play a full season, that would be around 20 more of those sweet run scoring events. That would be nice! The projections, however, are giving Craig anywhere between 126 and 146 games. The average expectation for the 4 projection systems on the player pages at fangraphs.com is 137 games. That is not too bad, but it would be nice to see him get more playing time. It just does not appear to be the case, unless Matt Adams flounders at first. I think that it will be tough for him to play the outfield full time... and his arm does not play well in RF.

On the bright side, 137 would be 3 more than last year, and about as much as I would expect if not more than. Would be nice to get a 100+ RBI season from him this year. Can we expect a rise in his ISO, which saw a precipitous dip last year... from .215 to .142?. It appears that he just stopped trying to murder the ball and is making uncannily good contact. The projections predict a rise from last year, average projection being about .164 ISO. Three of the four systems actually equate higher than that, except Oliver, which some reason thinks that he will be even lower than .142 in 2014.

The systems don't have much hope for a 20+ HR season (only Steamer, which says 21 HR). The average prediction for dingers is 17 from Allen. OBP average is .351 on average. His average wRC+ projection is exciting again this year, at 128. I think it'll be even better than that, but am worried about him staying healthy and putting in the amount of playing time to have a truly great season. If he gets 150+ games this year, that would be amazing, and perhaps his career year is here if so.

Here is the projections chart we saw from the community projections series that mysterui put together. Next I'll take a look at the Bourjay center field. 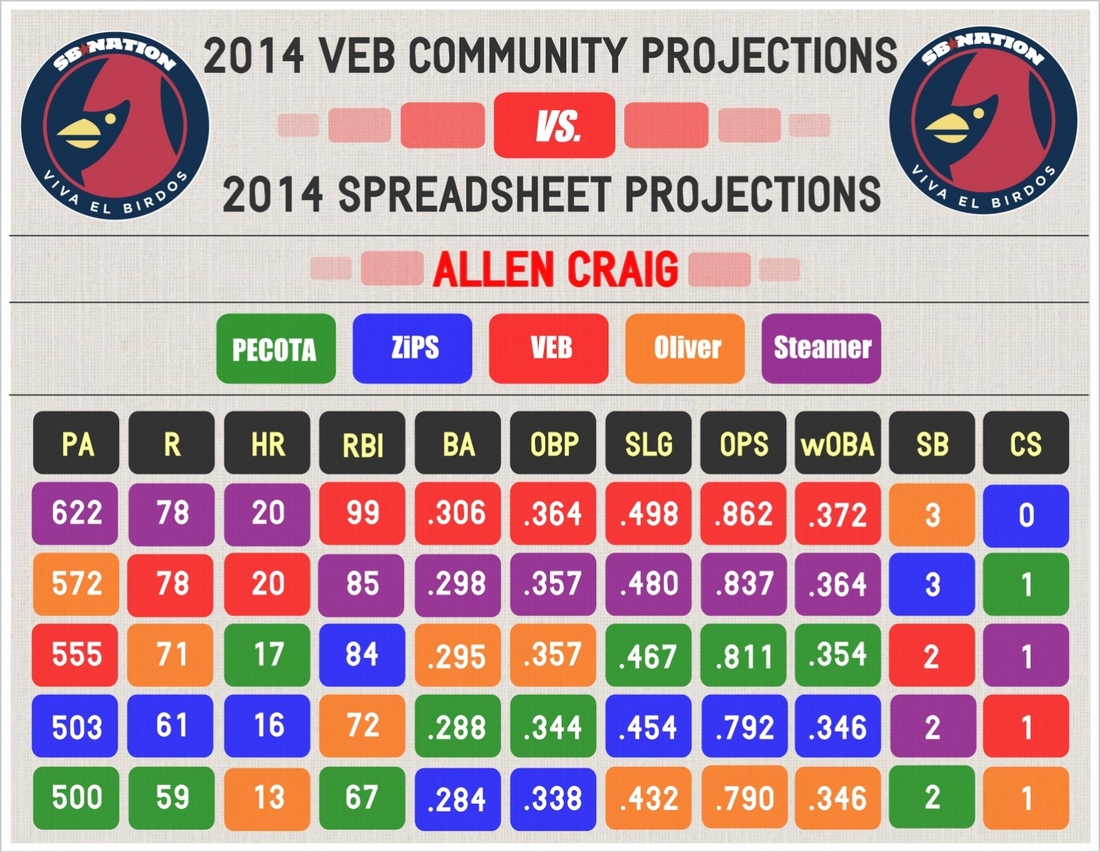