What should Cardinals fans expect from the Reds in 2014?

The Cincinnati Reds won 90 games last season—finishing seven games behind the Cardinals and clinching one of the two National League Wild Card spots. After failing to advance past the Wild Card game, they parted ways with their manager and replaced him with a first-time manager a few weeks later. Their makeshift center fielder, but terrific leadoff man, Shin-Soo Choo, followed the money all the way to Arlington, inking a seven-year, $130 million deal with the Rangers. With the money "saved" from Choo's departure, Walt Jocketty locked up 27-year-old right-hander Homer Bailey on a six-year, $105 million extension.

The two holes (center field and leadoff spot) left by Choo will be plugged by the speedy Billy Hamilton, the team's #2 prospect according to Baseball America. Baseball fans got a glimpse of just how dangerous he can be on the base paths at the end of last season, but he is going to have to get on base before he can run. He has a career .350 on-base percentage in the minors, but this dropped off significantly to .308 last season with the Triple-A Louisville Bats. Hamilton has had a solid Spring Training (.294/.356/.431), but I think we have all made it pretty clear by now that spring statistics are not very predictive of future performance.

C: Devin Mesoraco (left oblique, may be back for Opening Day)

Health of the Pitching Staff:

Mat Latos, Sean Marshall, Jonathan Broxton, and Aroldis Chapman are all recovering from a multitude of injuries. According to the team site, the first three may be back in April, while Chapman is out indefinitely.

After falling to the Pirates in the Wild Card "play-in" game, the Reds parted ways with Dusty Baker, the team's manager from 2008 through 2013. Jocketty replaced him with first-time manager Bryan Price, who was previously the team's pitching coach. According to this article from USA Today, it appears the "players back Price as new manager," which is always a good start.

Enough from me, let's hear from someone who follows the Reds on a daily basis. I sent Brandon Kraeling, the site manager of SB Nation's RedReporter, the following questions, and he was quite generous and thorough with his responses. 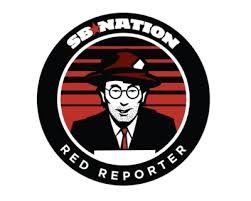 Viva El Birdos: What was the single most influential transaction that occurred over the offseason for the Reds?

RedReporter: I think by default, it's the Homer Bailey extension. It was the quietest Reds offseason in recent memory, but the ownership made a strong statement by giving Homer a new contract. The ownership's lack of action has always come with the understanding that they're going to pay to keep the talent they developed internally, and it was reassuring to see it start to happen with a pitcher entering his prime.

VEB: What will the closer role look like as Aroldis Chapman recovers from that devastating injury?

RR: Your guess is as good as ours. I think the nice thing about Price is that he doesn't necessarily buy into the closer as being a "guy you always use for only the 9th inning and nothing more" like Dusty did, so I think we're expecting him to get creative. J.J. Hoover and Sam LeCure are the two guys that come to mind that we could see there, but I'm not sure he'll name a "closer" per se.

VEB: What do you expect from Billy Hamilton this season?

RR: I'm thinking we'll see a healthy mix of growing pains and excitement. Just like any player, he'll have to adjust to big league pitching, and it's silly to expect him to come up and start raking right away. As long as he makes it onto the basepaths, though, he's going to be fun to watch. As Joey Votto said in an interview on Monday, "if [Hamilton] walks, he's going to be a special player. If he doesn't, he's not going to reach his potential". That sums it up perfectly.

VEB: If you were writing the lineup card, where would you put Joey Votto? What are your thoughts on his approach at the plate as well?

RR: I think it depends on who you have in those first two spots. If you have two guys at the top of your order who can get on base, it makes the most sense to hit him 3rd, but if you're going to put an out machine like Zack Cozart there, I can see an argument to hit him 2nd. It looks like Brandon Phillips is going to be that guy this year, but I wouldn't be opposed to seeing a Hamilton-Votto-Phillips-Bruce top of the order, especially the way Phillips's game has developed at the plate as he stares only at that RBI total.

VEB: Other than Billy Hamilton, who is one player for Cardinals fans to watch in the Reds organization?

RR: Robert Stephenson, without a doubt. He's one of the best pitching prospects in baseball, can hit 100 as a starter, and is getting closer to the big leagues. He could potentially start at AAA this year, and could be a guy we see at the end of the season if he performs as expected.

VEB: What do the National League Central Standings look like at the end of the regular season?

RR: Hard to tell. My heart wants to believe that the Reds will be better with the regime change, but I think the Cards and Pirates got noticeably better on paper. I'll reluctantly say the Cards finish first, Reds finish 2nd and sneak into the Wild Card, and the Pirates fall back to Earth a bit and drop to 3rd. Cubs 4th, Brew Crew 5th.

Reds over Cards in the NLCS. (You didn't think I'd pick the Cards to win it all, did you?)

I thank Brandon for the time and effort he put into answering these questions for VEB, but I have to disagree with his final statement. The Reds will undoubtedly be a threat this season, but I don't see them representing the National League in the World Series. However, I do appreciate the smack talk, and I most definitely look forward to witnessing the next chapter in the Cardinals-Reds rivalry.