In the cold, in the rain, In the heat of the setting sun; I work all night; I work all day. A linker's work is never done.

Instead of a brief introduction, I begin this Friday's post with a photograph. A picture is worth a thousand words, right? 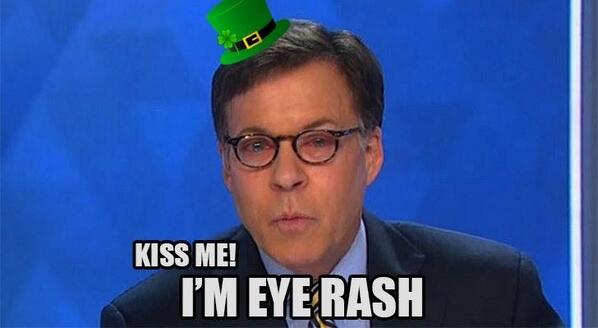 No, this is not a cop-out because I couldn't think of anything. Don't be ridiculous. (This picture was a close second choice.)

I think it is the hat the really sells the picture for me. Yeah, the play on words is good, but that tiny, little, green hat kills me every time. It doesn't need to be there; people would get the joke. Sometimes going the extra mile is worth it.

Other Things Going On in Baseball...

What the Cardinals are Up To...

Today the Birdos take on the Nationals at 12:05pm CST. A full schedule can be found here. The game will be shown today on Fox Sports Midwest. The complete broadcasting schedule is located here. Today's pitching match should be a good one as Cardinal Ace and all around good guy, Adam Wainwright is slated to go up against lefty Gio Gonzalez.

10 days until Opening Day, Yo!

More people have been sending me links lately and I love and appreciate it. Keep up the good work, team! If you find any links you would like to share, please feel free to share them, with me especially. Tweet me @lil_scooter93 or e-mail me lil_scooter93@msn.com.