There are only so many innings to pitch and plate appearances to take during spring training. We keep track of which Cardinals are getting the opportunity to hit and throw in the Jupiter Opportunity Tracker. 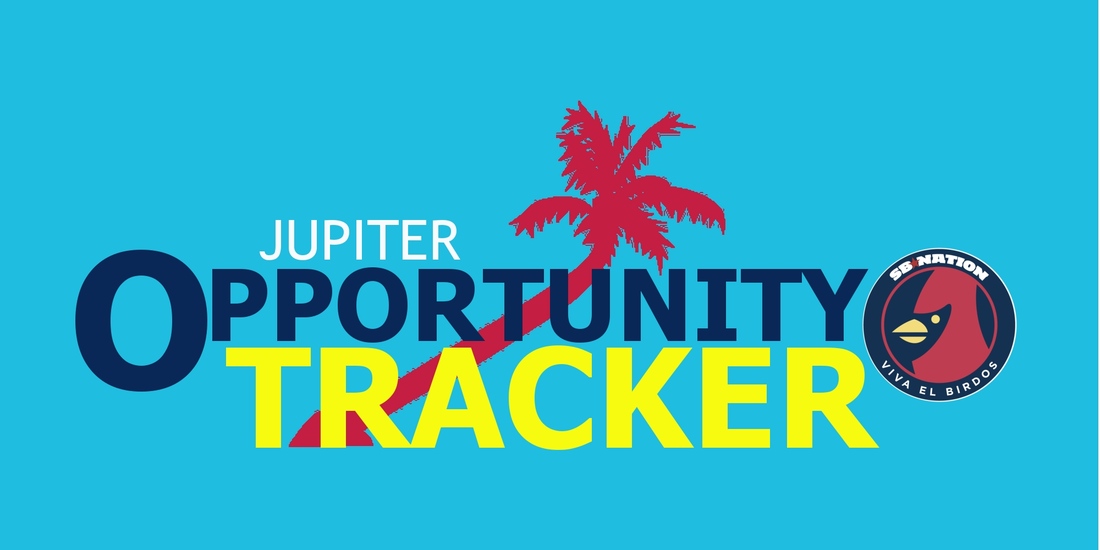 Since we unveiled the first St. Louis Cardinals Spring Training Opportunity Tracker, the Cardinals have been busy. They've played games, signed contracts, and made their first round of spring-training roster moves. The Cardinals reassigned the following players from big-league camp to minor-league camp this week:

Because they are on the 40-man roster, Castro, O'Neill, and Ortega were simultaneously optioned to Triple-A Memphis with their reassignment from St. Louis camp to minor-league camp.

The following chart shows the current composition of the Cardinals' major-league camp in Jupiter. Likely 25-man roster members are in white (including Jason Motte even though he's injured). Players in roster competitions are in purple. Members of the 40-man roster who are unlikely to make the major-league roster out of spring training are in blue. Non-roster invitees are in yellow. Players who have been reassigned to minor-league camp are in dark gray.

The following chart is color coded in the same fashion as the major-league camp matrix.