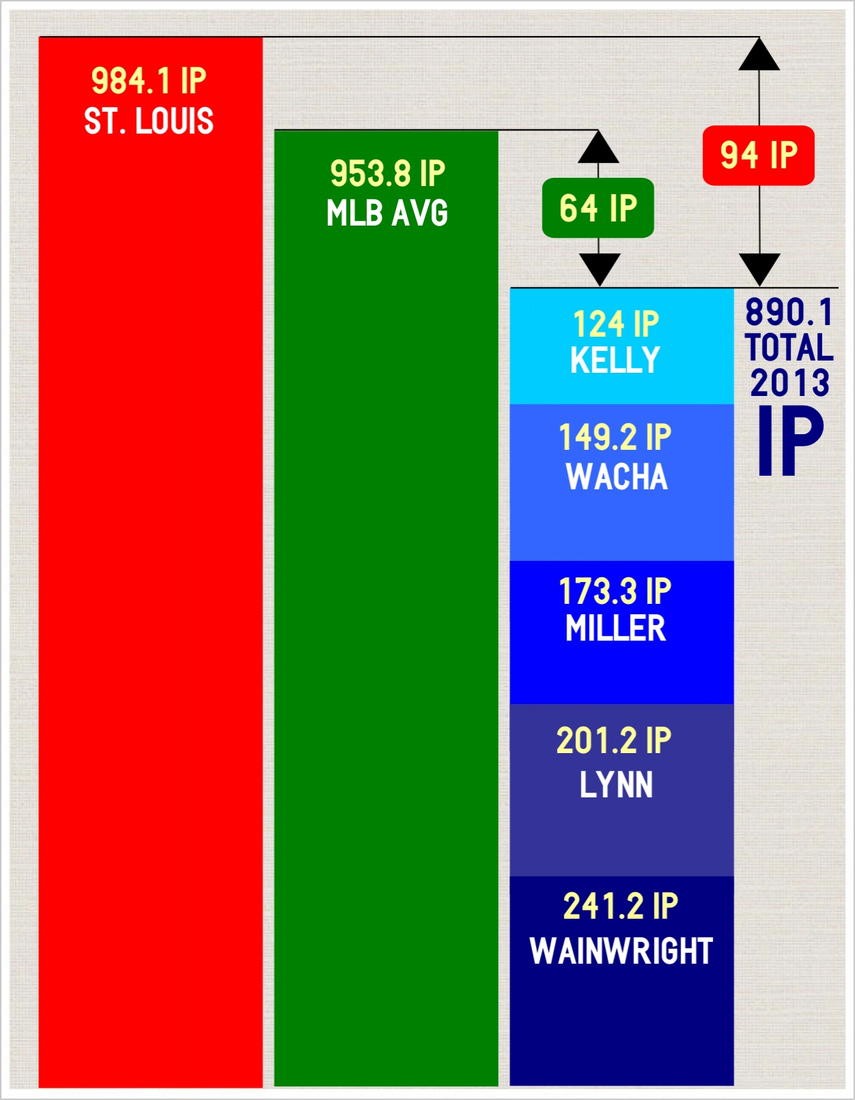 It's true that Wacha, Kelly, Lynn, Wainwright, and Martinez all added to their 2013 regular season IP totals in the postseason, but that doesn't change the fact that St. Louis is going to ask them to shoulder a bigger regular season IP total than they ever before and then (hopefully) tap them for even more IP during October. Will the youngsters be able to hold up under the strain? Or, will the bullpen be able to handle an increased workload this year if the starters can't?