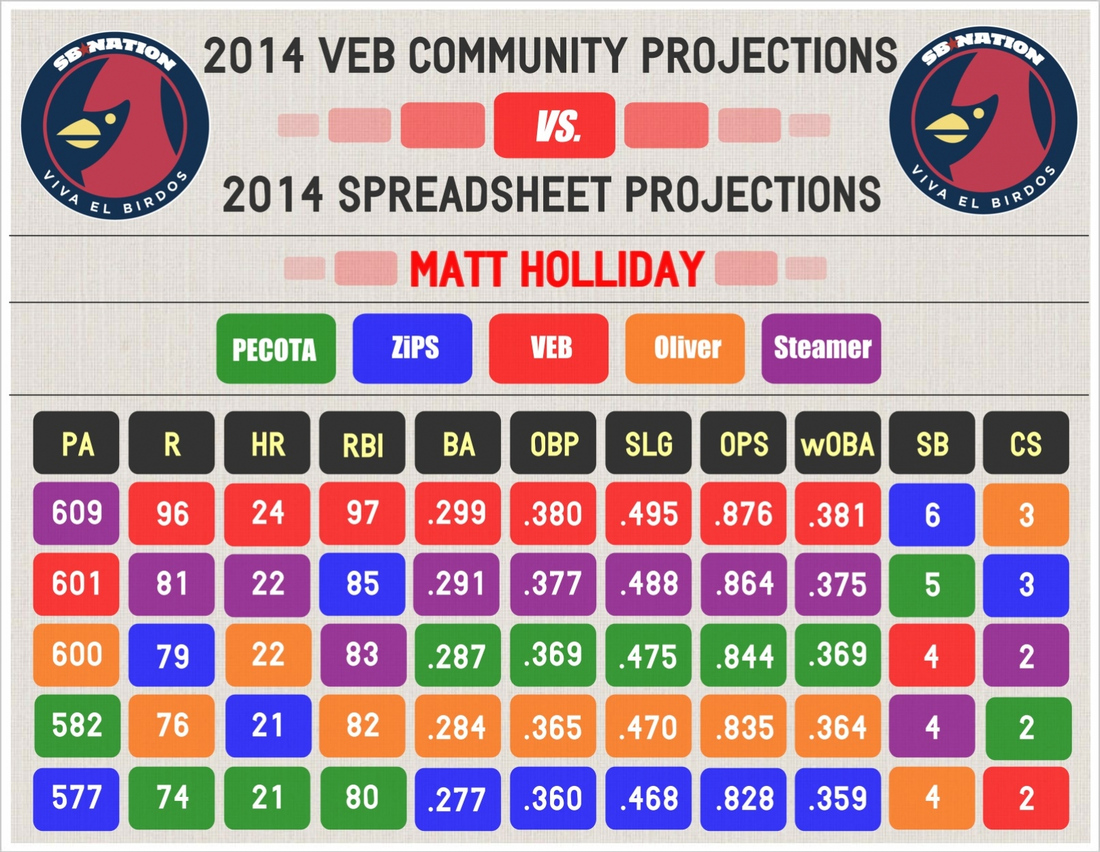 BGH Note: As ZiPS mastermind Dan Szymborski noted on Twitter, I had a typo on the graphic that originally ran in this post. The ZiPS OPS was wrong..360 + .468 ≠ .728. It equals .828, as the current, corrected graphic corrective shows.
Moving onto the VEB projections: 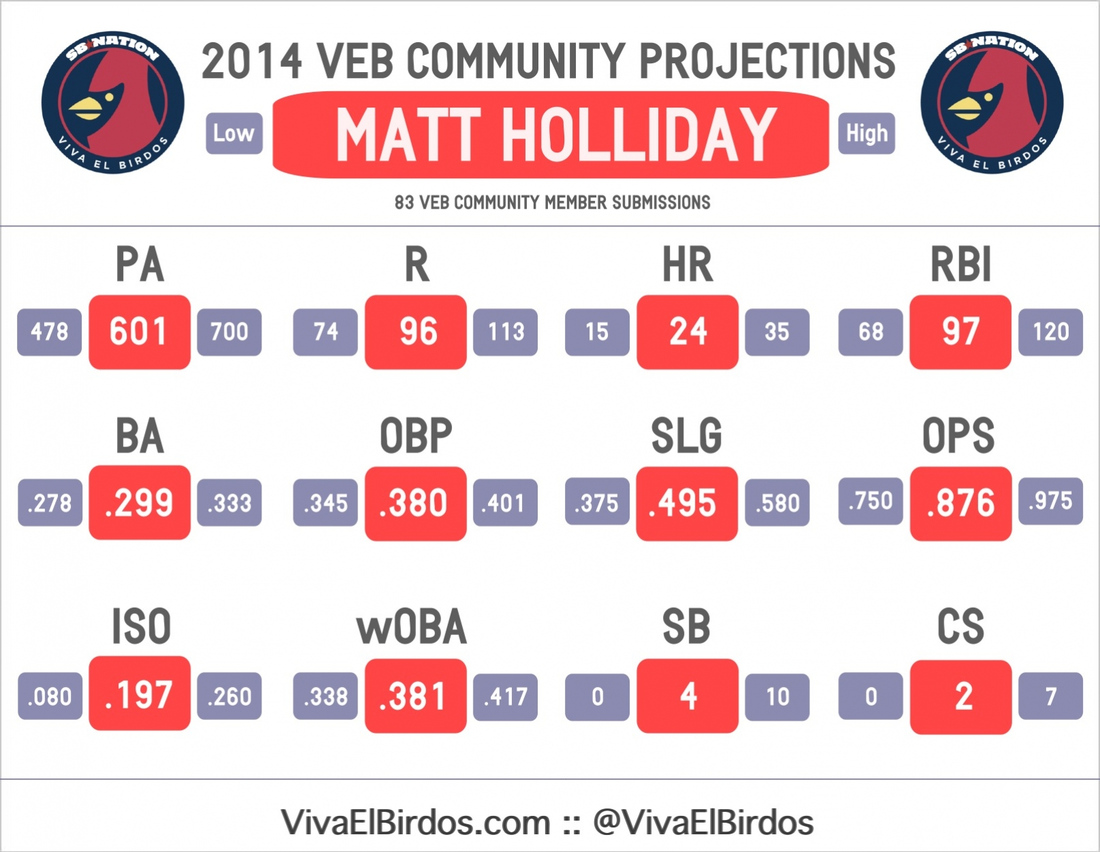 Most of the professional projections fall under or right at the 25th percentile VEB projection, which is an interesting phenomenon. Watching Matt Holliday play every day, he's still hitting the ball as hard as almost anybody in the Majors, and that may be hard for them to pick up with the age-related declines built in.
Link to spreadsheet
CELEBRITY DOPPELGANGER: C'mon. You all knew who was going to win this one.