I'll give you one guess as to what stat VEB most outguessed the projections systems.

It wasn't PAs, where VEB was below two of them (though Oliver projects 600 for all players). It wasn't runs or home runs, where the VEB collective tied Steamer for the high (78 and 20). And it definitely wasn't stolen bases or caught stealing, where there was almost no spread in the data.

It was, of course, RBIs, where the Hivemind projected 99 RBIs, a full 14 more than Steamer, and 32 more than PECOTA. 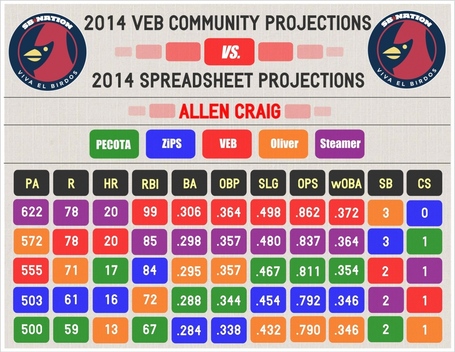 Otherwise, the normal rose-colored glasses are there: Higher AVG, OBP, and SLG than all of the projection systems, and tied Steamer, who has consistently been the most optimistic system, with the highest wOBA.
Let's look at the quartiles and high/low: 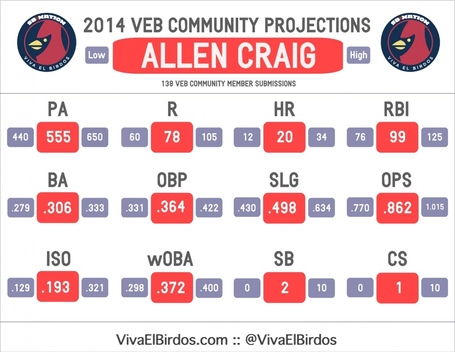 One of the issues that I'm having with running these projections is dealing with outlier data. Some of them are blatantly obvious, and I discount those, but others are in a gray area. I probably should have discounted this high projection and weirdly low wOBA, but here we are. If Ben's graphics differ from my numbers, exclusion is likely the culprit
CELEBRITY DOPPELGÄNGER: This one was apparently tough for all of you, but we did get both President Obama and First Lady Michelle Obama as answers! I do kind of like Colin Kaepernick (suggested by Milt Thompson), though 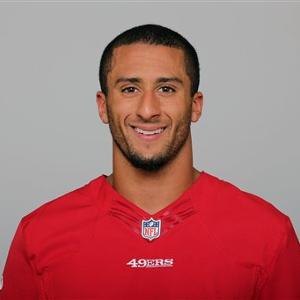 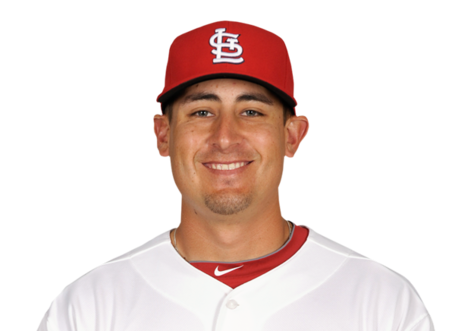