A note from bgh: This is the second in an ongoing series of posts in which we are asking the VEB community for their projections of how Cardinals players will perform in 2014. The more community member projections, the merrier, so please share your 2014 forecast in the form below.

Allen Craig pretty perfectly encapsulates the John Mozeliak/Jeff Luhnow era of baby bird hitters, in that he wasn't a baby at all when he debuted (26), hits for a confoundingly high BABIP (.345 for his career), doesn't walk that much (7.1% of the time, compared to 7.9% league average), and is still a really, really good player (135 wRC+, good for 15th in the league from 2011-2013).

Craig did nothing but hit in the minors, posting a career .308/.369/.518 line while on the farm. This level of production has translated pretty closely to his .306/.358/.492 line in the majors. Craig was drafted as a SS out of Cal-Berkeley and played primarily at third base in the minors before the Cardinals moved him to the outfield in Triple-A Memphis. In the majors, he played the corner outfield in 2011, but also saw time in center and at second. Craig moved to first base for the Cardinals once Albert Pujols left for Los Angeles and Lance Berkman injured his knee in 2012. He's seen his share of injuries (broken patella in 2011, hamstring in 2012, Lisfranc in 2013), but, as hitters do, has hit when he's been in the lineup.

Also he has a pet tortoise. 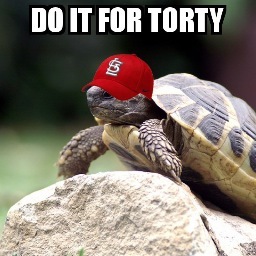