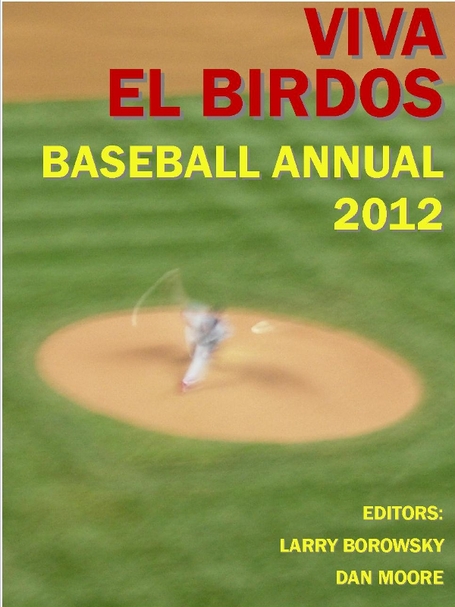 Step two in my ongoing quest to see how much self-promotion I'm comfortable with is available today, for $2.99 on Kindle, Nook, iPad/iPhone, Android, or anything else that can read an EPUB file, including your web browser: The 2012 Viva El Birdos Baseball Annual, brought to you by some of the writers and editors of the sadly defunct Maple Street Press annuals.

Edited by Larry Borowsky (you might know him, without capital letters, as lboros) and I, this year's edition features a long interview with Mike Matheny, an extended season preview—complete with even longer and more passive-aggressive player capsules than usual—from me, and the following articles from some people you will recognize:

All that runs you $2.99; you can order one directly from us here. If you don't own an e-reader or tablet, you can download the free Epub Reader plug-in for Firefox and read the magazine on your computer. As Larry writes in the introduction, this is an experiment, one we were thrown into without time or warning. But we think it's turned out well, and I know the content's great—and I can say that because I didn't write most of it.

A more conventional morning/game thread will run in this space at noon. (I can say that because, for once, I've actually written it already!)