On Friday, the St. Louis Cardinals unveiled new uniforms that complete the club's move away from tradition and toward Disney.

A week before the year's biggest shopping day, the St. Louis Cardinals announced that the franchise is eschewing its rich tradition and embracing the lucrative merchandising trend of alternate jerseys that has hit Major League Baseball in recent years. On Friday, the Cardinals unveiled their new alternate jerseys in the home clubhouse at Busch Stadium, a fauxback in the shade of old-timey home flannel with "St. Louis" below the bat and large cartoon Cardinals above it.

The new Cardinals alternate uniform is fauxback, not throwback. The newly revealed jerseys are the final nail in the coffin of the traditional classiness of the St. Louis Cardinals uniforms. DeWitt's Disney-ification of the franchise's logos and uniforms is now complete.

In 1998, a short time after DeWitt bought the team, the Cardinals updated the franchise's logos. The Birds On The Bat received an update and the "St. Louis Cardinals" font got a bit chunkier. Those 1998 updates were the first step away from tradition taken by the DeWitt ownership group. The organization dropped the gorgeous yellow-eyed Cardinals that were first adopted in 1957 and worn by Stan Musial, Bob Gibson, Lou Brock, Bruce Suter, Ozzie Smith, and Whitey Herzog. For the replacement emblem, ownership took the unfortunate step of Disney-ifying the classy Birds On The Bat with heinous cartoon eyes. Fortunately, the Disney-ification did not creep onto the jerseys the players wore in games, just the shirseys and replica jerseys peddled to fans.

The Disney-ified cartoon Cardinal did manage to creep its way onto the ballfield in 1998. While the Cardinals that graced the jersey tops now had white dots for eyes as opposed to the yellow-eyed Cardinals of the prior four decades, the new alternate cap for Sunday home games featured a Cardinal with embroidered eyes more fit for Saturday morning cartoons than Sunday baseball. The combination of the cartoony hat and stately jersey top was an odd one. Nonetheless, the club wore the cap and jersey from 1998 through 2012. 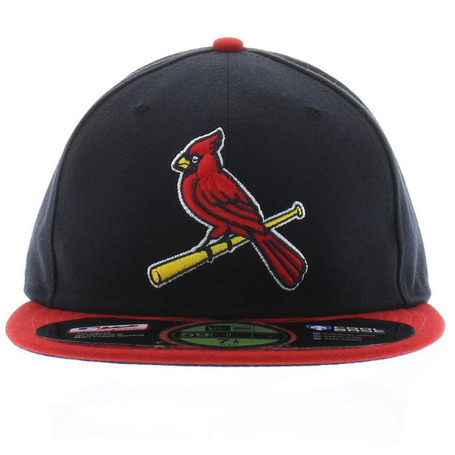 On Friday, the Cardinals unveiled their new uniforms. In a clever bit of public relations, the organizaiton released a new alternate uniform for Saturday home games under the false flag of "tradition." In reality, the changes revealed on Friday completed DeWitt's Disney-ification of the once classy Cardinals uniforms. Gone are the stylized yet imposing Redbirds of Rogers Hornsby, Joe Medwick, Dizzy Dean, Musial, Gibson, Brock, Sutter, McGee, Smith, Herzog, La Russa, Edmonds, Rolen, Pujols, Carpenter, Wainwright, and Molina. Instead, the Cardinals will take the field in uniforms with Mickey Mouse-eyed Cardinals on them. Branch Rickey, who designed the original Birds On The Bat jerseys, is undoubtedly rolling over in his grave. 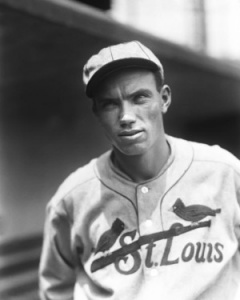 Sold as being traditional, inspired by the club's 1932 jerseys, the new Saturday jerseys incorporate more elements of modern Cardinals merchandise than any uniform Dizzy Dean wore as a Cardinal. The club chose to throw out the wonderful font that adorned the 1932 uniforms in favor of the one that has been used in St. Louis Cardinals marketing and merchandising since the 1957 season. The "S" and "L" no longer interact with the bat. Instead, the "S" now mimics the "C" on the home whites and road grays, creating the effect of the first letter hanging on the bat. As in 1932, the "L" could hang on the bat, if the font weren't strictly proportional and on a straight line. Such non-comformity is seemingly beyond the imagination of the Disney-ified Cardinals of today.

The piping is also not in line with the 1932 jerseys or even the gorgeous 1940s Cardinals jerseys, which featured perhaps the greatest piping in the history of baseball uniforms. Instead, the piping compliments the cut of the modern Majestic jersey, making it fade into the cookie-cutter Majestic piping seen throughout MLB nowadays.

To DeWitt's credit, wearing jerseys colored in cream to resemble the flannel home jerseys of yore looks sharp. While some have decried wearing jerseys with "St. Louis" written on them at home, that is exactly what the 1931 and 1932 Cardinals did. "St. Louis" on the chest is about the only aspect of the jerseys defensible as being in line with any sort of Cardinals tradition, if it was only on home uniforms for two years during The Great Depression. 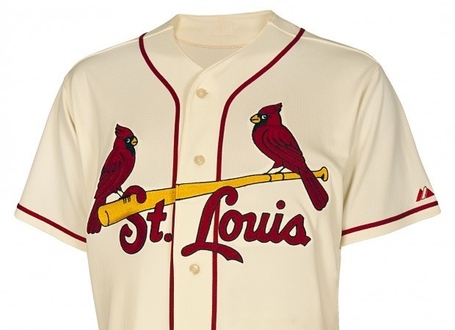 The Disney-ifying is not only featured on the new Saturday faxback jerseys. It is now a part of the Cardinals home whites and road grays, as well. It's as if DeWitt got on ebay, looked at the Chinese knockoff Cardinals jerseys, liked what he saw, and ordered the uniform designers to mimic the design. The Cardinals are bigger. They have hideous cartoon eyes. The road gray color seems a deeper shade. Perhaps DeWitt meant this as a service to fans. Now one can wear one's Chinese Cardinals knockoff jersey and it will be difficult to detect. Although, given the timing of the new jerseys' unveiling, it seems much more likely that the Cardinals had hoped to goose the sales of official Majestic replica and authentic jerseys this holiday season, not Chinese counterfeits. 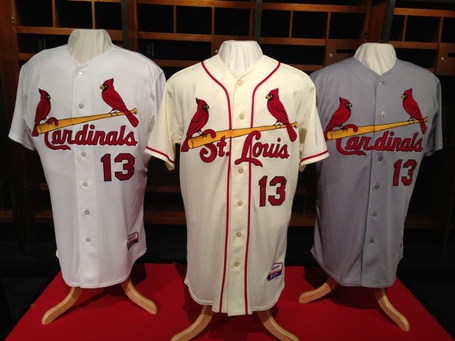 Before Friday, the Cardinals were one of four teams without an alternate jersey. The New York Yankees, Los Angeles Dodgers, and Detroit Tigers are the other three. The final four organizations that had withstood the merchandising cash grab that is the alternate jersey were the epitome of baseball tradition. DeWitt's decision to remove the Cardinals from the company of franchises that have held tight to their place in the game's history is an unfortunate one. Instead of holding fast to the Cardinals' rightful place amongst other franchise's with classic home and away jerseys, DeWitt chose a fauxback cash grab that makes the franchise one of the crowd in terms of their uniforms. It's as unfortunate as it is predictable.

The garish new Cardinals fauxback jersey and creepy cartoon Birds On The Bad are not the only way the Cardinals are turning away from tradition for 2013 and beyond. In 1992, the Cardinals began wearing navy caps on the road. It was a move that was made under the prior ownership group, one that embraced the franchise's rich tradition. From 1940-1964, the franchise wore navy caps with a red "STL" logo. Musial wore some variation of this cap for his entire career. Every time the Cardinals stepped on the field in the navy cap, their ensemble harked back to Musial, Brock, and Gibson, a nod to the franchise's rich history of great players and team success. This will not happen again, for DeWitt is doing away with the road navy caps in favor of red ones. Unfortunately, DeWitt's Disney-ified cartoon alternate Sunday home caps will remain, though.

On Friday, the Cardinals unveiled new uniforms, a fauxback alternate jersey, and a change in their road caps. The moves were marketed under the false flag of "tradition." The problem for DeWitt and the franchise is that one of the reasons Cardinals fans are thought to be amongst baseball's best is our appreciation of and knowledge about the history of the game and our Cardinals. The uniform changes announced on Friday are a dramatic step away from Cardinals tradition, not an embrace of it. They represent the final step in Dewitt's incremental Disney-ification of the once classy Cardinals uniforms and emblems. A week before the capitalist non-holiday, Friday, November 16, 2012, will go down as a black Friday for those who celebrate the Cardinals' rich history and storied tradition. 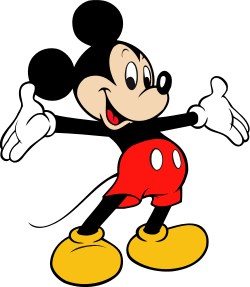