As a programming note, I'll be less visible for the next week or so as I finalize the purchase of my first home and make what is hopefully the last move for the next decade of my life. Steve Sommers will be filling in next week as I'm unlikely to have readily available interweb access.

I've had a pair of readers (Jim & James) send me spring training photos over the last couple weeks. Some of the prospect photos are posted at Future Redbirds -- there will be more there on Monday as well -- but I thought I'd bring my superb captioning skillz to bear today since we're still in the doldrums of Spring Training. 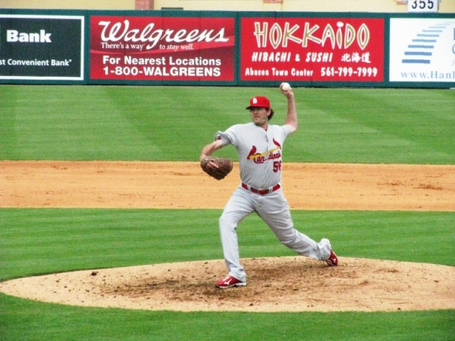 Look closely and you can see the mustache usually reserved for
villains tying beautiful women to train tracks in silent movies. 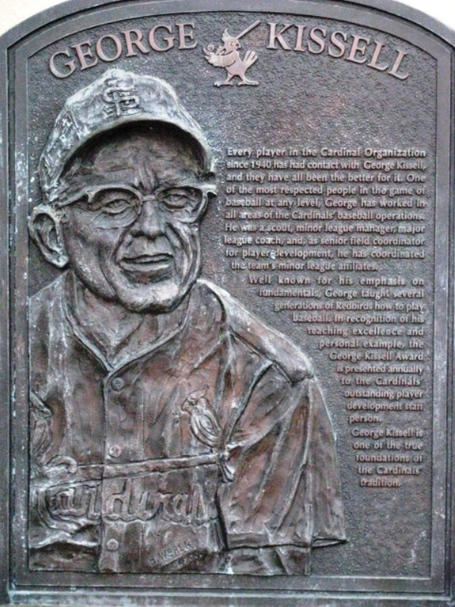 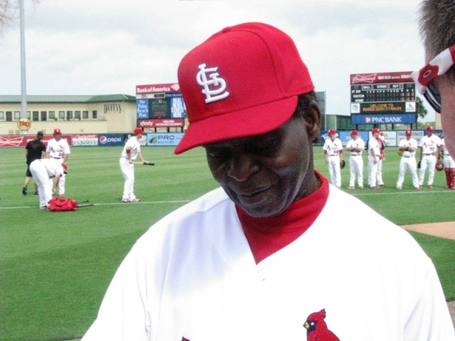 First of all, kudos on the Oakleys. Second, Jim passed along this great story to go with this picture.

My wife was convinced to try and get some autographs the last day we were there and I helped her snag some prospects as they were the most willing to sign. She wound up with Kelly, Anderson, Descalso, M. Carpenter, and PJ. She only had one ball. Then Lou came around the corner and she managed to get him to sign. She apologized that he deserved his own ball, but that was all she had. He took it in good humor.

That's a completely rational group of signatures to have on a baseball. I'm pretty sure that Mark Lambert has signed some Bob Gibson baseballs when Lambert was our pitching prospect. I kid, I kid. 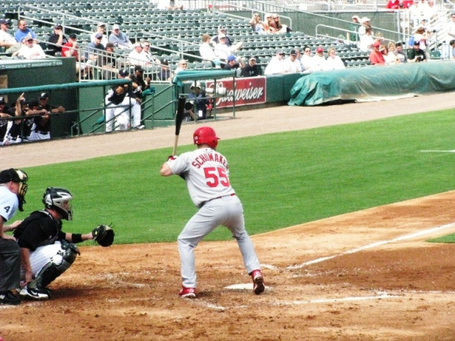 One for the Ladies (and Aranathor) 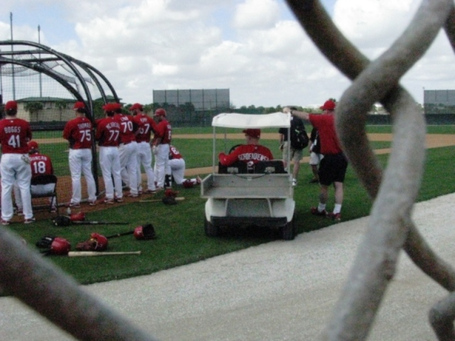 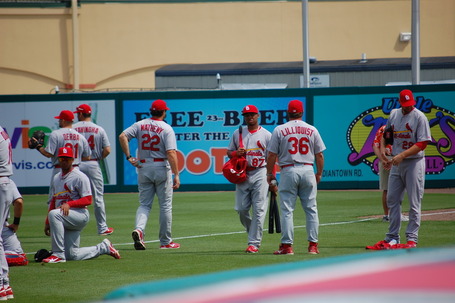 Chris Carpenter Doesn't Give a F**k
Alternative VEB Insider Caption: Could someone get that chair of the field?

Enjoy your Sunday. The Cardinals play the Red Sox at 12:05 and the game will be on the MLBNetwork. Go Cards!