stop me if you think that you've heard this one before

Share All sharing options for: stop me if you think that you've heard this one before 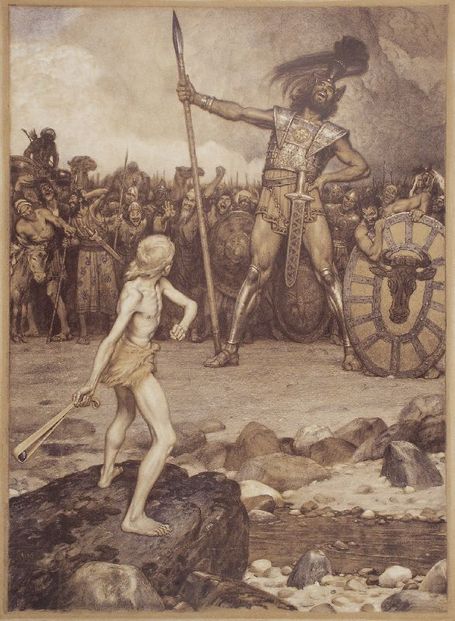 so there's this Team. a baseball Team. and they have a tough season. they lose their best pitcher before the season starts. their star player is laid up with maladies and slumps undetermined for months. he has his worst season ever.

and then the rest of the Team gets banged up. lots of trips to the disabled list, even for the remaining stars on the Team. the best remaining pitcher starts out in a funk of bad luck and can't seem to catch a break.

by the middle of the season, they're lucky to be hanging on to third place. the pirates (THE PIRATES!) of all teams are in first place. the Team looks in a funk. whole months pass where they play below .500 ball or barely break even.

the pirates begin to fade, but the brewers turn it on and go on an almost unprecedented winning streak. the Team is games and games out of first place in their division.

then august happens. september happens. the Team starts pulling down win after win. a lot of the weakest members of the Team get bumped for stronger ones.

by the middle of september, the division looks mostly out of reach, but the atlanta braves have started a collapse. from ten games out of the wild card, the Team inches closer, until the last game of the season.

in the final game, the Team demolishes their opponent behind their substitute ace. they wait expectantly to see the braves face the juggernaut - probably the best team in the league with a historically good rotation - to see if the Team goes right into the postseason or a one-game sudden death match with the braves. and the juggernaut puts the braves away.

the Team is in the postseason.

but then, the Team's first matchup is facing the juggernaut. a stacked lineup is merely the entree to a rotation that is not the best in the league, but the best in a decade. as the Team merely backed its way into the postseason, no one gives them much chance to beat the juggernaut.

but the Team rolls. the Team pushes. the Team puts its best on the field, night after night, making every game a contest. they force a game five.

and then, against anyone's predictions and working behind an improbable 3-hit complete game shutout by their substitute ace, they win.

that was a beautiful, unexpected thing. the game. the series. the whole last two months. it had its ups and downs, and times when i lost faith after the worst, most humiliating, most tony-la-russa losses (i have good hope i will never see corey patterson PINCH-HIT for the cardinals again). but the ride has been good; despite actually winning a very respectable 90 games, the regular season has much more the feel of the stumbling, fumbling 2006 team than the 2004 or 2005 team that glittered in talent. and maybe, given the respective outcomes, that's a good thing.

and for all that the powers that be have nightmares about a milwaukee-st. louis, texas-detroit postseason, i think the NLCS will be great baseball. the already potent rivalry between the two clubs is bound to get only better. the two clubs are pretty evenly matched. the cards' position players were a win or two better than the brewers', and the brewers pitching was about four wins better than the cardinals pitching. all-in-all, two pretty well matched teams. if anything, the advantage the brewers have in their rotation has come in large part from not having complete wastes of space at the back end. carpenter-garcia-jackson-lohse matches up pretty well with greinke-marcum-gallardo-wolf. the bullpen is a pretty clear win for the brewers, with rodriguez and axford looking like dynamite.

on paper this is a series that should go seven games. of course, as we've seen, baseball rarely works out the way it should on paper: hopefully, for poetic purposes, charlie manuel and joe girardi are gonna sit down and watch the LCS together.

all i can say is that i spent a fair amount of time thinking about what this post might look like if we won and what it might look like if we lost. i'm happy to be writing this post, rather than the other one. i am happy there will be more baseball next week for the cardinals, and that the dreariness of the off-season will be staved off a little further.

like taking pleasure in a sunny October day, half the joy in this tightrope baseball is knowing that it will soon be gone. and yet, enjoying the sun's warmth one day more makes that one day, that little warmth much sweeter.