They Took a Vote and Said No

Share All sharing options for: They Took a Vote and Said No

Just about everyone chimed in yesterday about the imminent departure of our fearless leader, the esteemed Mr. Borowsky, and I don't have much of anything to add that wasn't said already. However, we do have one more tradition that I think needs to be observed in this case. 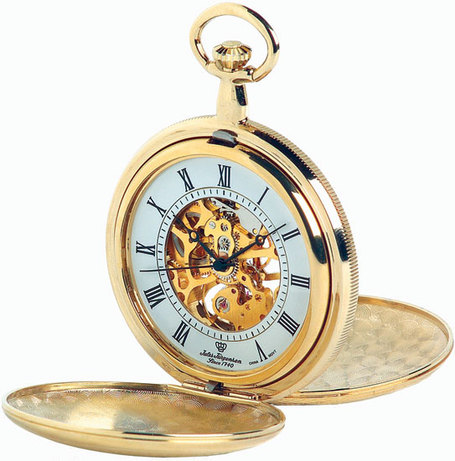 Thank you once again, Mr. Borowsky, for your service. It will not be forgotten.

With the Cardinals' season over, we're all going to be watching the playoffs sans our beloved local St. Louis nine for the second consecutive season. With that in mind, I thought we might do the same thing we did last season and adopt another team as our official Viva El Birdos rooting interest.

I'll include a poll, and whichever team gets the most votes becomes our adopted team for the next however long, until they're eliminated from the postseason. We'll try to make sure there are game threads, and we can all follow along with some team, at least. It may not be love, but it'll have to do, until the- well, you know the rest.

The Chicago Cubs- We all know the Cubs. We know the players, we know the fans, we know the story. Personally, I could never root for the Cubbies, but you all may feel entirely different. So, they go in the pile.

The Milwaukee Brewers- Again, we're all pretty familiar with the Brewers, their players, and whatnot. As many times as we see them a year, we should be familiar. Pros- Young, exciting team, great story with first playoff appearance in 26 years, pleasant fans and excellent seasoned pork products. Cons- shirt untucking, Ryan Braun, beat the Cards around badly this season.

Los Angeles Dodgers- I admit, I was hoping to see the DBacks get in, just because I happen to like a bunch of their players. The Dodgers are one of those old line, classic organisations that I can really get behind, though, if I must. Pros- Another young team, for the most part. Joe Torre is a class act, and can stick it to Steinbrenner. Lots and lots of Alyssa Milano. Cons- So very tired of hearing about Manny, either being Manny or being anyone else. Everyone still bitter toward Russel Martin. Dodger dogs wildly overrated.

Philadelphia Phillies- Personally, I can't stand the Phillies. I've hated them for a very long time, since those early 90s teams. Mostly, I just couldn't stand Darren Daulton. Pros- Young, largely homegrown team. Feature a local St. Louis product. Tough to root against Chase Utley. I don't know about you, but I really like Brad Lidge. No idea why, but there it is. Cons- Fans are, um, less pleasant than some others. May see a player severely injured by a battery. (actually, that might be under pros; I just can't decide) Said local product has already stolen one MVP from Albert and is attempting to steal another. A drunken, celebrating Brett Myers could mean bad things for Mrs. Myers. Chase Utley should have been ours.

Los Angeles Angels- I'm also a big Angels fan; in fact, the only team in the AL West I don't like is the Texas Rangers. Pros- Outstanding pitching, dynamic offense. Always fun to watch, with aggressive, risk taking style. Will likely get to root for half their team in a few years when they're all Cardinals. Cons- No rally monkeys this time around. Largely a bought team, with ridiculous contracts all over the place in the outfield. Still not sure exactly where this team plays.

Chicago White Sox- I can't get on board with this team. I know some people like them, but Kenny Williams and Ozzie Guillen are both gigantic asshats as far as I'm concerned. Pros- Would irritate Cubs fans. A lot. No, I really mean a lot. No, more than that. Local product Mark Buerhle still kicking around on the South Side. Angry Ozzie Guillen is wicked funny. Cons- Roster full of overpriced, aging players. Crap ballpark. Carlos Quentin should have been in a Cards uni. Obnoxious fans. Happy Ozzie Guillen absolutely insufferable. Stores on Miracle Mile overpriced.

Boston Red Sox- I've said some very nasty things about the Red Sox at various times, and I mostly stick by them. Some are legit, others are motivated mostly by jealousy, I freely admit. Pros- One of the true model franchises in all of baseball. Haven't torn down their historic ballpark for more luxury boxes. Rabid, loyal, and knowledgeable fan base. Word wicked may gain even wider usage. Bill James is the man. Cons- Tired of seeing New England franchises win everything. Fan base also insufferable. Really not looking forward to any more semi nude pictures of Jonathan Papelbon. Friggin Boston.

For the record, Hardcore Legend put up a very nice fanpost a while back, supporting the Rays' October cause, and it got quite a nice response. I sort of suspect they're going to be the pick, but we'll just have to count the tallies.

In Cardinal related news, um, Kyle Lohse's deal still happened. Tony and staff are probably doing exit interviews, and may punch Chris Perez in the crotch as part of his. Uh, that's about it.

It's really pretty outside today, everyone. Try to get out and enjoy the weather, if you can.